Grudge TV
Developer
Andrew Augustine, Zach Augustine
Publisher
Monkeystein Games
Vuinten, one of Paragon's most heroic warriors, has been imprisoned and thrown into the gladiatorial games known as Grudge TV for the murder of an Alt religious leader. Now, he must fight his way through hordes of genetically altered demons and ferocious bosses to win his freedom.
All Reviews:
Positive (10) - 90% of the 10 user reviews for this game are positive.
Release Date:
Developer:
Andrew Augustine, Zach Augustine
Publisher:
Monkeystein Games
Tags
Popular user-defined tags for this product:
Free to Play Violent
+
Reviews
All Reviews:
Positive (90% of 10) All Time 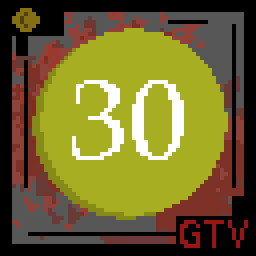 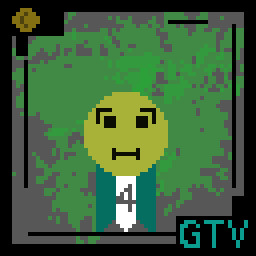 - Bullets no longer shoot 2 shots when trigger is fired
- Bullet upgrades have been tweaked for the following:
- Rockets are no longer time based - Player is given 10 rockets when it is acquired
- Shotgun is no longer time based - Player is given 25 shells when it is acquired
- Laser is no longer time based - Player is given 20 shots when it is acquired
- The machine gun upgrade timer is now set for 10 seconds
- All bullets are half the size
- All bullets are now illuminated
- Player only swings their sword once when triggering the melee action
- When acquiring a new weapon you are displayed a message for your damage multiplier
- While going over lava player takes on damage over time but after .4 seconds of exposure to lava they are killed
- When killed in lava their body sinks and a particle effect spawns on their location
- Player is able to sleep in their bed once between matches for a 100 grudge bucks to gain a slight health regen on the following match
- Player now receives grudge bucks & XP for each level cleared on top of what was earned within each level
- Boss levels now display the health bar of the boss you’re fighting
- Added subtle screen shake effects to the player attacking and being attacked

Grudge TV is a top down, bullet hell game that pits the player against hordes of genetically altered demons on a gladiatorial game-show on the planet Paragon. You play as Vuinten, a hero who's been thrown into the games because he murdered a religious leader. As you fight your way through the games, trying to defend yourself and expose the evil Alt religion for what it is, you'll be able to unlock numerous armors, bullets, aimers, and slashes.

Will there ever be any paid DLC or items ingame that will cost real money?

This game is free to play. All future updates such as new areas, bosses, gear, and potentially multiplayer game modes will be free releases. There will be premium cosmetic items ONLY that will be implemented in future updates. No premium items upon their release will provide any ingame bonus's. Please note there are currently no real world currency paid items or DLC available for this game at it's current stage.

Will there ever be multiplayer?

While we'd love to incorporate a variety of multiplayer options, we can't say for certain when, or if, it'll be released.

Why did you pick a strange name like Vuinten for the main character?

Why does it matter? We chose it because we liked it.

Are you ever going to apologize for how bad Volkstein was?

Why are there pigs and other weird things in the audience seats?

Because it's on a different planet.

It's a video game. It's very nature is to not be realistic.

Well, yeah, with these graphics.

I'm done with this interview. And when the hell did this turn into an interview?

Around your 4th cup of wine.