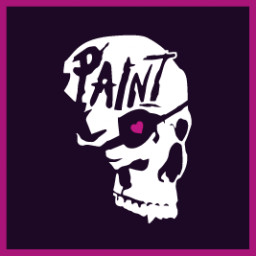 “The early access is our way to include you, the player, in the development of P.A.I.N.T. We strongly believe that together we can make the best game. You will be able to play an early version of the game and with the feedback and suggestions from the community we can keep on improving the game.”

“We are planning to release the full version of the game (non-early access) by the end of June.”

“The early access gives you access to 3 areas and all the basic gameplay features. You’re able to run around the environment and battle the S.U.I.T.S. with your paint blaster. A few objectives are already in-game which you can use to set a new high score. In early access you’re able to play online with up to 3 others. This content may however contain placeholders, think of a square box instead of a fountain, which will eventually be replaced for the full release.”

“The game will still be free when the game leaves early access-state.”

“We will engage with the community to fix potential bugs. Bug reports can be sent to us through the Steam community forum or our Discord Server: https://discord.gg/kx6z4GX
Crash reports are collected using the Crash Reporter to aid in fixing potential crashes.
Additionally, features can be discussed on our forums and are taken into consideration during the development of early access.”

P.A.I.N.T. is an online cooperative third-person shooter where you join the P.U.N.K.S.
The P.U.N.K.S are a bunch of rebels that hang around in their ultimate hideout. They despise order and structure thus try to correct the world with their paint blasters.

There is just one thing standing in their way, the sinister S.U.I.T.S. corporation. They manufacture their mundane suits in their massive grim factory.

Together with the P.U.N.K.S. you forge a plan to invade the S.U.I.T.S. factory. You penetrate the factory door with your badass minivan and armed with your paint blaster you cover the environment in bright colours.

You can now infiltrate the factory together. The game allows you to play in cooperative mode with up to 4 players. Only one online? That is fine, the solo adventure awaits you in P.A.I.N.T.

You have 10 minutes to complete as many challenges and reach for the top of the leaderboard, but be aware that every decision counts and may affect your score. Individual and team scores are visible on the leaderboard at the end of every match.


P.A.I.N.T. is developed by a student team of Breda University of Applied Sciences. The project will continue till the end of June 2020.