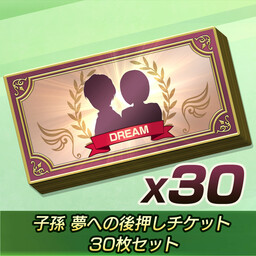 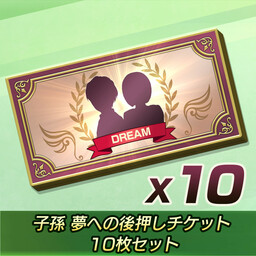 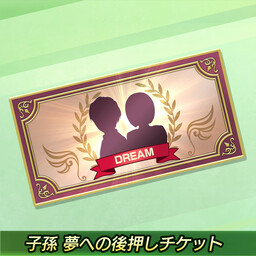 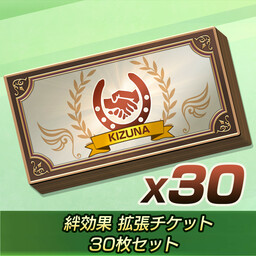 In the "Winning Post" series, players become owners/breeders and engage in a classical style horse racing simulation, in which they experience drama with the horses and people that make up that world. In "Winning Post 9 2020," we have implemented an Inheritance system. Our system, made popular in the "Winning Post 8" series, allows the player to marry a character in the game. The children that are born can then be raised as jockeys and trainers. These children can cooperate to face rivals, or even face off against each other, creating a deeply immersive, highly dramatic experience for them.
Also, the Bond command function has been powered up. Not only it is easier to use, it has grown into a highly strategic system, where the right timing can hold the key to victory.


■Characteristic 1: Player offspring take the horse racing world by storm! Inheritance system! This Inheritance system is revived and upgraded! The player can marry a character during the game. The children that are born can then be raised as jockeys, trainers, ranch managers, or a variety of other positions. By introducing several generations of the player's lineage throughout the horse racing world, the Winning Post series provides a unique and improved long lasting fun.

■Characteristic 2: The clash between posterity. More dramatic rival showdowns!
To beat the player, rival horses and the groups behind them will come up with a variety of tactics and strategies. With the Inheritance system, this showdown becomes more dramatic than ever before.
For example, if a lineage trainer and a lineage jockey were to team up to face a rival, if they win, they receive a large increase in fighting spirit, while if they lose, it could see a huge drop. This high risk, high return event will bring a degree of tension/anticipation to the ensuing race and increase the enjoyment of the players. Furthermore, there will also be clashes between the posterity shown as well.

■Characteristic 3: Player decisions are key! Bond commands with increased strategic effects.
We've powered up Bond commands, the system that allows us to represent the drama that builds the bonds between man and horse. We've returned the act of introducing individuals to the events like in past games rather than as a part of Bond commands. We've also removed the random element in gaining Bond commands and allow a choice from multiple possibilities when being used.
Also, we have improved controls, reconstructing the settings and the balance and allowing activation from the screens for the race horses and foals. Furthermore, we have prepared some Bond commands that have great effects over a set period of time. Activating these in a timely manner at the right place and time will be the key to victory.

■Characteristic 4: A multitude of additional elements! With the latest horseracing data!
Genuine club operations managing membership and sales, a future scenario starting from 2021 where real horses have been retired, an ability editor that can modify the abilities of horses, jockeys and trainers, new secretary/ Noel Himekami, and a wide range of other elements have been added. Also including the latest horseracing data, this game has the in depth feel expected of the Winning Post series and brings an exciting and fulfilling horseracing game experience.

■Characteristic 5: Prior data migration and bonuses for series fans!
If you have Windows version "Winning Post 9" saved data, the money and charms can be carried over to the new game to give you a starting advantage. In addition, those with Winning Post 8 series data can gain a charm as a bonus.