Kedemara - The Orphan's Ballad (Ch. 1-3)
Developer
Self-Developed
Publisher
Self-Published
The story details the comedic and inspiring tale of a girl trying to recall her past, all the while trudging forward with the help of her ragtag, whimsical friends. With the simple intent to find out who her parents are, Deirdre will unknowingly dismantle the largest conspiracy of her era.
All Reviews:
9 user reviews - Need more user reviews to generate a score
Release Date:
Developer:
Self-Developed
Publisher:
Self-Published
Tags
Popular user-defined tags for this product:
RPG Adventure Casual Indie RPGMaker Free to Play Female Protagonist Family Friendly Comedy Story Rich
+
Reviews
All Reviews:
9 user reviews () All Time 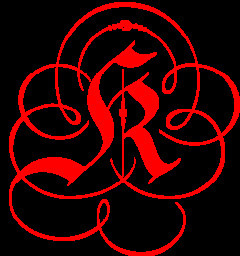 This is the first, second, and third chapter (of 5 total) in Kedemara: The Orphan's Ballad, a Role-Playing Game featuring classic JRPG combat, interaction, and exploration mechanics. Containing nearly 25 hours of content, the game smoothly establishes the stories of our protagonists, the breadth of their world, and the many new undertakings they find themselves journeying through . With a simple control scheme and similar feel to several classic RPGs from the 16-bit era of video gaming, newcomers and veterans of RPGs alike should find the game easy to pick up and enjoy. Seeing a familiar style of gameplay mechanics, players are freed up to immerse themselves in the narrative of the game. Familiar features similar to other RPGs include:

Deirdre (the main character) has grown up in an orphanage, but now has reached the age of 16 and it is time for her to depart and make a life for herself. Before leaving, the caretaker at the orphanage informs Deirdre she was nearly 4 years old when dropped off there, much to the surprise of Deirdre who thought she was left as a baby. The caretaker then tells Deirdre of the night she was dropped off and gives her a key to a treasure chest in town that "only she can open". A suspicious, but well-intentioned man brought her to the orphanage in hopes that she would be safe from harm there. He left money and a key that he instructed the caretaker to give it to Deirdre when she was of age to leave. However, opening the chest only generated more questions (and complications) for the young and confused Deirdre. The letter inside that accompanied her combat gear pointed her towards a town of great distance from her home. With her first lead being so far away, she now has the task of trying to get herself halfway across the continent safely, but fortunately, she is not alone!...well, "fortunately" may be putting it strongly.

The story details the comedic and (hopefully) inspiring tale of a girl trying to discover her past, all the while trudging forward with the help of her ragtag, whimsical companions. With the simple intent to find out who her parents are, Deirdre will unknowingly dismantle the largest conspiracy of her era. All with the help of a cast of colorful and humorous characters that are guaranteed to make you less bored than you were prior.

Filled with reference humor, tastefully shattered 4th walls, and a prodigy mage who thinks her pet chicken is a cat...what more could you ask for in a circa-1400's fantasy setting?