“MULITE actually started to make it from the end of 2016. There have been a lot of players attention to this game, but due to the heavy workload and economic pressure, the official version has not been completed. I hope that more people can experience this game in advance through the form of Early Access. I think players can help me improve and complete it. At the same time, the profit from Early Access version will continue to support continued development costs, including more professional art and music sound production.”

“The Early Access version will collect feedback and suggestions from the players to adjust. After completing the reasonable adjustment, continue to expand the 2~3 stages, and add some monsters, skills and equipments to complete the official version. This time will last until the second half of 2020.”

“The official version will have a more complete game system, as well as 2 to 3 times the stages addition, more skills and equipments, more talents, and additional special game modes, such as defense mode. The new role of the future planning "Elf" and Cooperation Mode will be developed as soon as possible(if all goes well).”

“The core gameplay of the Early Access version has taken shape, including 7 talents, 70 skills and more than 60 equipments(or weapons). But, there are fewer levels and tasks to play, which may result in insufficient game time.”

“The Early Access version will maintain a certain discount, and as the content increases, the official version may slightly adjust the pricing.”

“I will actively interact, collect suggestions from community players, and regularly post the latest developments on the project. Any suggestions for the game can be posted to me via my website (http://www.leestorm.com).”
Read more

MULITE is an action role-playing game that focuses on the collocating of operation and gameplay. In addition to being good at swords, the player's magician swordsman can unlock a variety of different skill growth routes, and Light Rogue Elements are integrated into the traditional ARPG gameplay. Different from the 2D shooting and horizontal action of the Rogue-Lite games, "Mulite " pays more attention to the collection of equipment and the planning of skill routes. In more and more random explorations, players can explore the unique game system and get rid of the fettering of evil forces. 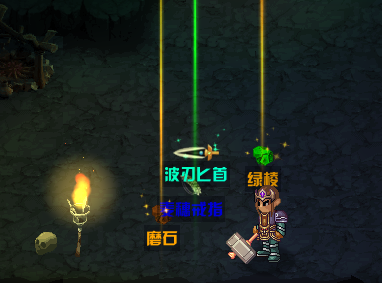 The EA version has 70 skills and 7 talents, which can provide a refreshing and diverse combat experience. At the same time, the game also incorporates the hard-core elements similar to FTG games.

In order to reflect the fierce battle, some of the virtual monsters will be defeated and will burst, accompanied by bloodshed. These violent effects are only presented in pixel style and can be turned off.