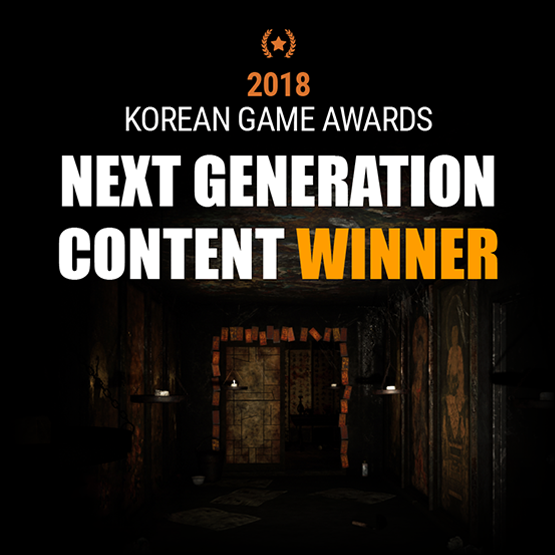 Notice: Requires one of the following virtual reality headsets: HTC Vive, Oculus Rift, or Valve Index. See the VR Support section for more info.
This game is not yet available on Steam

Add The Haunted House VR to your wishlist!

You can enjoy offline versions of VR cafes and theme parks in Korea.

April 27, 2017
To gain better writing material, aspiring thriller novelist
‘I’ head to the Haunted House in Yeongdeock; known for
horrendous rumors such as ghosts, murder, and
resentment…

At 6:55 pm, it is already getting dark.
As ‘I’ walk up the gloomy mountain relying only on a
single flashlight, ‘I’ feel a sudden cold rush running
through the body; there it was, the Haunted House
covered in eery fog.

Bone-cutting chills and panic have reached the extremes
but ‘I’ opens the door carefully.

Starting with 'Kyungbuk, Youngdeok', which is one of the three most notorious houses in Korea
It will be made into "Chungbuk, Jecheon" and "Gonjiam Psychiatric Hospital."

Already, 'The Haunted House VR Game EP. 1 : Kyungbuk, Youngdeok'
It has been proven in Korea's offline market and has been experienced by hundreds of thousands of players.

Unlike the offline version, the online version is being manufactured with higher levels of difficulty
The story is about the protagonist, who is an aspiring writer with a single play, exploring the haunted house and searching for clues.

:: C a u t i o n ::
Before first starting the game, make sure there is enough cleared space surrounding you,
with no furniture or any other items around, which may cause injury whilst wearing the headset.
Ensure all motion controllers are fully charged.