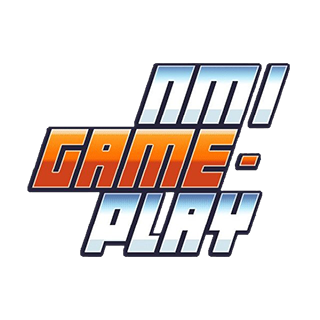 “Vector graphics, intuitive and simple controls, adrenaline-pumping gameplay and a wonderful soundtrack make Terror Squid one of the most interesting indie arcade games of this year.”
10/10 – Games Paladins

“Terror Squid, from Apt Games, is what you get if you’re ‘inspired-by’ Asteroids, have a cruel nature and a doctorate in human behaviour. How can something this ruthless, simple, and downright madness be so addictive?”
7/10 – Vulgar Knight

“...a survival arcade that follows in the wake of Devil Daggers or Super Hexagon: very high difficulty, usually short game sessions and an uncompromising approach to design”
8/10 – Anait Games

A bullet hell with a sinister twist. Think fast and strategically as you weave through a bullet hell of your own making. Easy to learn and hard to master, TERROR SQUID is an arcade experience unlike any other.

Create your own bullet hell

Conduct your symphony of destruction. Dodge tantalising bullet patterns of your own design. Survive for long enough to release a primordial blast of dark energy, detonating your projectiles in gloriously satisfying chain reactions. Perfect your strategy to squeeze every precious second out of each run.

A vectorised nightmare
Unique vector graphics and a thumping soundtrack combine to deliver a deliciously terrifying arcade experience. Feel the dopamine rushing through your veins and give in to the assimilation.

Terrorise the leaderboards
Reign havoc upon your friends' highscores. Rise to the top of the gene pool. Ascend.

The flesh is weak
Cast aside your puny human shell and give in to the darkness. Become Terror.

There is no hope
There is only TERROR SQUID