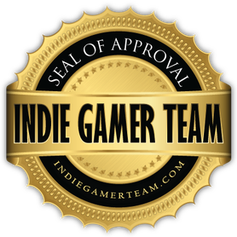 “It is fun, it is addictive and extremely well designed and honestly, there is little I can fault with the game.”
9/10 – Shepples

No jumping. Only falling.

Serious Scramblers is a fast-paced vertical platformer where you can't jump. Descend through a hazardous pit and defeat a massive monster lurking in the deep in this small but unabashedly tough game!

Serious Scramblers features a colorful cast of unlock-able characters, each changing the game in significant ways. Here are some examples:

Like a certain innovative FPS, time only moves when Motoko moves. There is a catch however, the level scrolls a lot faster when time isn't paused - so, unless you want to get skewered by the ceiling spikes, you'll have to make each move carefully!

Silhouette moves at top speed at all times, so avoiding spike traps is as easy as A, B, and C! However, the trade-off is that there will be significantly lesser gold coins to collect.

Fancy getting more coins to unlock more characters? Mummy's the one to choose. It's worth noting that Mummy is one of the slowest characters though!

Serious Scramblers is a highly challenging, yet simple game originally released on the iOS. While it has gotten a modest number of downloads on the platform, less than 1 percent of players have beaten the final boss. This led me to wonder how gamers on Steam would fare. Consequently, I decided to port Serious Scramblers to the PC while using this opportunity to touch up various graphical aspects of the game. It is a tiny and simple game, but I poured my heart into it! If you like a challenge, consider getting this game!

I welcome all forms of feedback on the Steam forums, discord, and twitter! Thank you!