“MAZE started in April 2019, and the current game is not a finished work on content for the time being. In Early-Access, I can get timely feedback and support from players, so that the game can move in the right direction. I hope that MAZE will eventually grow into a good enough work in the process of Early-Access and launch the full release version as soon as possible.”

“It is hoped that the development plan of MAZE will be completed within 6 to 12 months. It is my duty to let the player experience the full version as soon as possible.”

“The full version of the preliminary plan is to complete 36 mazes, including 8 triggers and 10 boxes. At the same time, strive to add VR mode.”

“Pricing will be increased appropriately in full Version, but all update content will be free during Early-Access”

“Regularly communicate with the community to gather feedback from players and further improve the game.
Listen to the opinions and suggestions from the players, and correct the problems in the game in time.
Players will become an important part of the development of MAZE, I will set up a discussion group on game development directions and suggestions in the community, follow up on feedback from players.
Finally hope that MAZE can become more perfect with the help of the community.”

Four new maps have been added to this update of MAZE. At the same time, new gate and box have been added. Maze will continue to bring more stylized maps to players. Please look forward to the next update.

MAZE is a maze exploration game. You will solve the puzzles in mazes of different styles and eventually reach the End Point of the maze. Randomly dynamically generated maze paths and triggers will bring near-infinite playability to you.

There are no exciting battles, no moving stories and no complicated strategies in MAZE. It only brings pure and interesting maze exploring experience to you. You will walk, collect and solve in the distinctive maze.

Each unique maze will bring you a surprise again and again, each new maze has a completely different picture performance and characteristics.
Unlock new mazes in the game, explore the maze of very different styles, and find your favorite mazes.

Every time you enter a new maze, the maze randomly generates new endpoint, paths and triggers. You’ll find it hard to find the exact same maze.
There is no replay in MAZE, because every maze will only appear once. 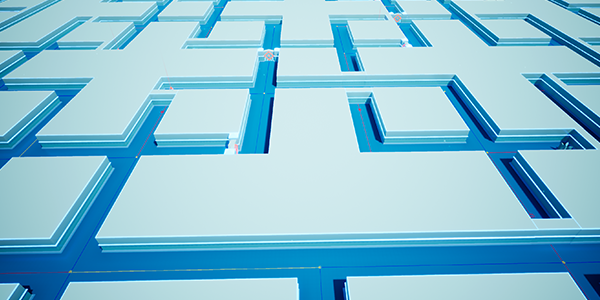 The maze will grow as you explore, upgrade maze, you will face greater challenges in the maze and get more rewards. Growing-up maze will eventually give you a totally different exploration experience than you did initially.

During Early-Access, new mazes will be added as quickly as possible (Four mazes with new puzzles are expected to be added per month), and strive to finally let you experience more immersive maze exploration in virtual reality devices. All of these subsequent updates will be completely free until the game leaves Early-Access.

Thanks for watching my game!