Epilepsy warning: a secret section of this game contains flashing that may make it unsuitable for people with photosensitive epilepsy or other photosensitive conditions.

Bryce's Movement Engine¹ is a retro-style, niche, abandonware-era platform game, covering 12 zones of colorful, vibrant action, arcade sequences, boss fights and hidden secrets! Score points for goodies and beat your friends to high scores (thanks Steam leaderboards!) and achieve all the achievements to be the envy of your peers!

Be prepared for a trip into yesteryear! Bryce's Movement Engine¹ is an MSDOS Ware meets Post-Trainwreck-era game set in the halcyon days of 1998! Bryce has discovered a time portal in his Big Game Maker™ Box and has used it to return to 22 years ago when Big Game Maker™ was released!

In a not-entirely-unfamiliar area of an East Virginia-come-New South Wales-come-classic entertainment culture surroundings, he jumps, falls, runs and jetgasses himself around twelve (count them!) zones of nostalgic platforming and arcade action. Be the game!

An all-new classic adventure! BME¹ is the ultimate tribute to a mega-cool era of awesome gaming! 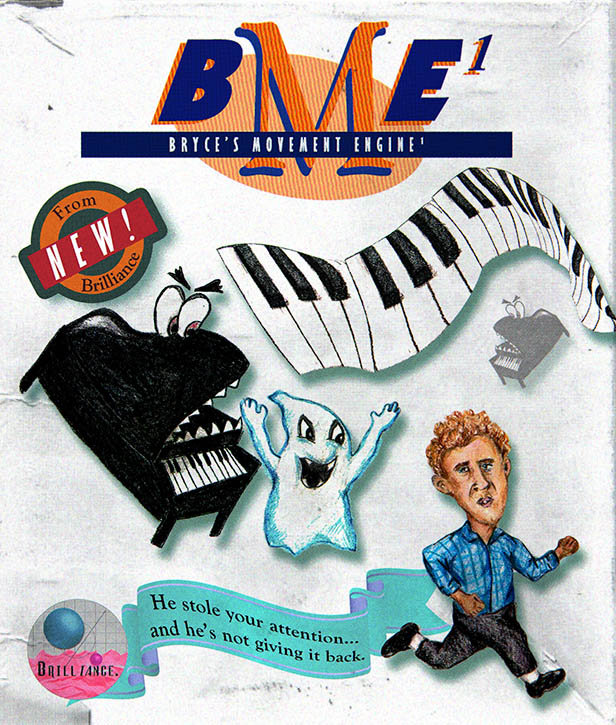