When you're a mercenary on the harvest mines, you're either on the edge of livin or in the middle of dyin. In a new frontier of space exploration, you have been hired to defend a mining operation on the edge of space from increasing waves of marauders. Upgrade your ship, fortify the station, and fight hard.
All Reviews:
No user reviews
Release Date:
Developer:
DarkStone Digital
Publisher:
DarkStone Digital
Popular user-defined tags for this product:
Action Indie Bullet Hell Shooter Sci-fi Atmospheric Shoot 'Em Up Adventure
+ 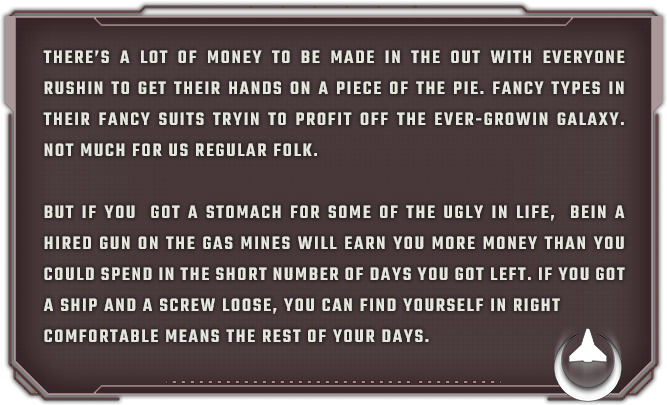