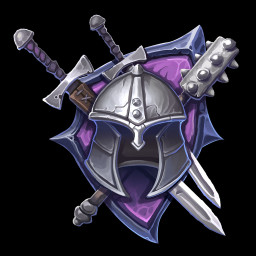 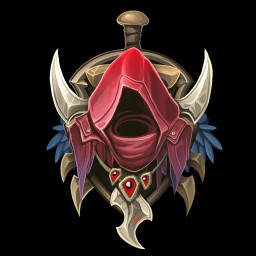 “TimeMelters is nearly finished. The Single Player Campaign, the Co-op Campaign and the Challenge Mode are all 100% complete and have all been heavily tested in the last months. The game already offers more than 15 hours of game time (a 8-10 hour campaign, that you can play either solo or co-op, and 40 unique time bending challenges that offer another 8-10 hours of game time and Steam Achievements).

Even though we would like to add some features, based on people's comments, in future updates, anyone buying the game during Early Access will be able to fully enjoy TimeMelters as it is in its current state!”

“We are currently unsure at this point, since it really depends on the feedback we receive from the community. If we get little feedback and not much needs to change, we could be in Early Access for just a couple of weeks. However, if we have a lot of sought after features, we will work over the next number of months to add and improve content to TimeMelters.”

“We plan to support more languages. Also, if there is a lot of demand, we have this crazy idea for a leaderboard and maybe, just maybe, a speed run Mode, but it will really depend on the interest from the community.”

“At this point, we are not sure of the pricing. We might raise the price once the game leaves Early Access as it will have more features and content.”

“We are very active devs and take every bit of feedback we can get to help improve our game. If you share anything with us here in the Steam Forums, or in our Discord Community (the link to join is in the steam forums) we will always respond and try to have a discussion about the best direction to go. These are our 2 preferred ways to receive any form of feedback.

The kind of feedback we are looking for right now from the Steam community will help us "fine tune" the game:
- Are all the perks useful or is there one that's too powerful in your opinion?
- Is the storyline a bit too complex, or the game a bit too wordy, or is it just right?
- Is there a certain spell that could be improved to make it more fun?
Let us know your thoughts and insights in the Steam Forum, and we'll listen!

To get the Early Access community on Steam even more involved, we plan on holding a little contest in the Steam Forums in order to create some new challenges to be added directly into TimeMelters as well!”

" This wonderful weird thing has classic written all over it. "
- Eurogamer -

" It feels like you’re getting to play tactical general and frontline soldier all at once. "
- Edge Magazine -

Missing a good old linear experience - that isn't repetitive - with a great storyline and innovative game mechanics? TimeMelters: Tome I - Witches and Pyres might be the game for you! You can start playing the Story Mode at 5pm (solo or with a friend) with some pizza and finish it around 3am, the perfect game night! And then there's another 10 hours of gameplay time with the Challenge Mode!

Created by the co-designer of Sang-Froid: Tales of Werewolves, TimeMelters brings you to a mythical land of dreams and nightmares, where witch trials seem the only answer to the preternatural forces threatening the land.

TimeMelters is a strategy-adventure game that features a unique game mechanic: Time Travel, which allows the players to go back in time and fight alongside themselves. You play as Teagan, a witch whose powers were just recently unleashed by an unwelcome guest. Now, you must venture forth in a desperate effort to cleanse the countryside from the seeping evil that is corrupting it.

It's not an RPG (although it has some features we normally see in RPGs, such as a skill tree, a great storyline and an eerie soundtrack), it's not an open world either (although we have a campaign with 20 huge, unique maps to defend), it's really a game that mixes strategy and action with all kind of other game mechanics (tower defense, puzzles, boss fights, survival missions, escort missions, etc.).

Unique Time Shift game mechanic: rewind time and fight alongside yourself, not as an AI, but in a fully deterministic fashion. Plan out truly custom strategies and play to your own style! Experience Co-op game mechanics (aggro, support, etc.) all while playing solo!

Hybrid Action-Strategy gameplay: Plan a strategy and execute it all in real time, across more than 20 distinct missions! Puzzle maps, boss fights, escort missions, survival, etc. -- each mission has distinct objectives and brings unique twists on the time travel mechanic!

Startling storyline: Engaging campaign with all the twists, turns, nooks, crannies and what-the-bleep-just-happened moments you would -- and should -- expect from a story based on Time Travel!

Why make this game?

First and foremost, we try to make games that we ourselves want to play. As we get older. we don't always have a lot of free time in the day, and might only have 30 minutes here and there to game. So we wanted to create something that gets you into the action quick. No constant updates, long load times, or insane menu management. This game is for someone that wants strategy and intense action right away, coupled with a perk system to mix it up and a great storyline.

We are a small team of 3 people and it's taken us 5 years to make this game. While we are experienced and passionate developers in our own right, please don't expect AAA graphics. What you can expect though is some never before seen game mechanics and innovative systems. Because what TimeMelters may lack in cutting edge graphics, it makes up for with its unique design and captivating storytelling!

Anyway, we hope you'll love TimeMelters as much as we do!
Happy gaming!