Please note: This game is entirely in Hebrew, and is intended for Hebrew speakers, English support is planned for the full game release 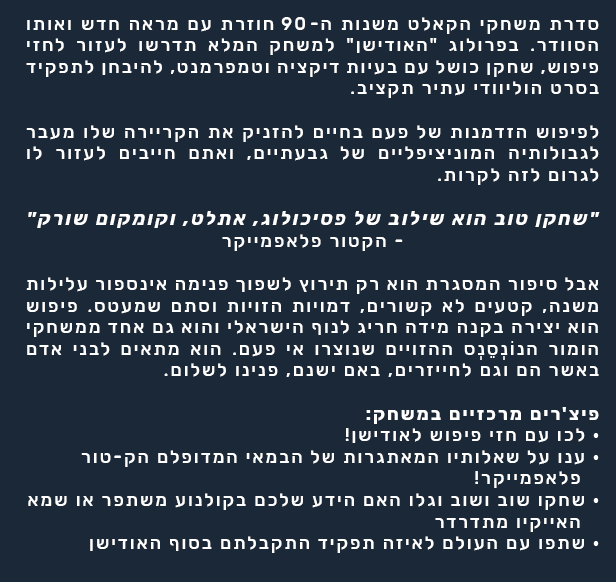 Piposh is a humoristic point and click andventure game series that war released in the late 90's and now comes back to life, with main character, aspiring actor and known Megalomaniac Hezi Piposh, who hasn't even changed his shirt, auditioning for a holywood sci-fi film directed by Hector Fluffmaker and starring Shai Avivi.
Join Hezi in this short audition, and repeat it as many times as you need to recieve a role you are satisfied with.

Piposh: Audition is a prolouge and a demo for a fully released Piposh game coming early 2020.
Right now it supports only Hebrew, but English support is planned for the full game.