Tunnel Vision
Developer
Punji Studios
Publisher
Punji Studios
Released
Oct 8, 2019
A disorienting arcade style "shooter" where you need to make your shot count because you only get one as well as you control its trajectory in an attempt to reach your target. Avoid obstacles, smash bonus targets and reach the end of the level without crashing in this bullet bending title.
All Reviews:
5 user reviews - Need more user reviews to generate a score
Release Date:
Developer:
Punji Studios
Publisher:
Punji Studios
Tags
Popular user-defined tags for this product:
Early Access Casual Indie Action Arcade Roguelite
+
Reviews
All Reviews:
5 user reviews () All Time 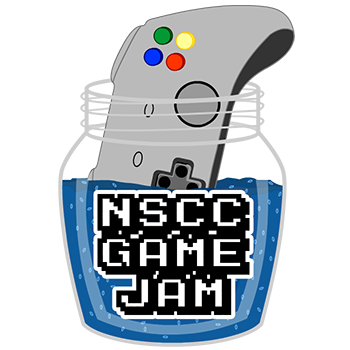 “Being able to give players access to in-dev content allows us to take huge amounts of crucial feedback. it also allows the userbase to help shape and mould the game along the way.

being our first release, getting feedback and communication with what the player wants is insanely important, it gives information that you wouldn't get from a handful of playtesters consisting friends or acquaintances.”

“We hope for a sub 5 month EA timeline to reach a 1.0 level of polish and gameplay. then continuing to add to the game there after”

“The game is fully playable in its current state, but lacks polish/story/progression and many other features we want to add.

The current scope of the game & gameplay is as follows:

Using the mouse, you steer the bullet around obstacles in the scene as you progress farther down the hallway, upon reaching the "boss" you must hit them to advance to the next level.

Each level is randomly generated, pulling from a variety of tiles, and each tile you reach the boss, the game adds on more tiles. meaning you have an randomly generated level that increases in length each time you win.

there's a score counter / difficulty counter to let you know your overall "progress" in the game. but upon death, it resets.

there is no story or campaign as of yet, just the freeplay/score mode.”

“we'll probably raise the price after leaving EA, but not by a considerable amount. to compensate for the new content added and overall polish.”

the steam forums would be the best bet as it allows for other users to discuss among themselves collectively with things they dislike/like, or problems that seem to effect them”

Main Breakdown
The games main objective and goal is to reach the boss room at the end of the level and eliminate the target by avoiding collisions with anything that might stop your bullet. As you ascend the tower, each boss has a significantly larger floor plan, each floor is also randomly generated, making it that much more difficult to reach them.

Coming Soon
the game that is playable at the moment is the winning submission for the 48 hour GameJam (plus all the fixes i applied between then and now to make it fully playable). I want the game to be both fun and something you'd want to return later down the road hence why the push towards random level generation.

Updates will be posted when we start any new content

Just started School and an Internship contract for a year. I won't have alot of time to continue work on the project, but i'll do my best to work on the game here and there. thank you for your patience!