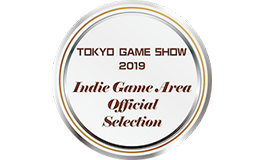 SUPERVERSE is a fast-paced, action-packed, space shooter game. This electrifying arcade transports the player to an ancient network of interconnected universes, to find a way to return to the past and prevent the extinction of humanity.

The player can only count on his own instincts, reflexes, speed, destructive power of his weapons, and shield to protect himself while taking care to avoid enemy spaceships, asteroids, explosions, and dangerous particles around him.

In SUPERVERSE you will experience:

SUPERVERSE can be played on Windows and Linux¹.