泡沫冬景
Developer
Nekoday
Publisher
Nekoday, mirai works, MangaGamer
It is the year 1988. Japan is in the midst of the bubble economy. New buildings are sprouting up everywhere, and the people are ecstatic. This is a story of people who live for one year... in such a little corner of the city.
All Reviews:
Overwhelmingly Positive (3,823) - 95% of the 3,823 user reviews for this game are positive.
Release Date:
Developer:
Nekoday
Publisher:
Nekoday, mirai works, MangaGamer
Tags
Popular user-defined tags for this product:
Adventure Casual Indie Visual Novel Anime Retro
+
Reviews
All Reviews:
Overwhelmingly Positive (95% of 3,823) All Time 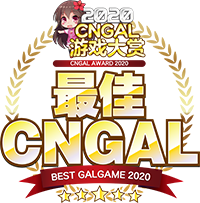 Check out the entire mirai works franchise on Steam

— An encounter in Tokuo

— that nothing about love

It is the year 1988. Japan is in the midst of the bubble economy.

New buildings are sprouting up everywhere, and the people are ecstatic.

The old disappears and the new is born,
but there are some people, some places, some things, that nobody notices...
or perhaps nobody chooses to notice them.

This is a story of people who live for one year...
in such a little corner of the city.

Kanna is a first-year high school student
who's involved in a traffic accident during the summer.
She finds herself unable to stay in her hometown any longer.

Jing fails his university entrance exams in China.
He spends a year or so working at a job he doesn't like.

Both of them hear of the incredible opportunities presenting themselves
in the bubble economy of Tokyo.
Therefore, Kanna drops out of high school and goes to Tokyo.
Jing quits his job and goes to Japan.

The job both of them set their eyes on,
would have them simply living in an old, run-down train station.
Although the job only pays a measly 400 yen per hour, it runs for 24 hours a day,
so it really isn't that bad.
They wouldn't have to pay rent, heating, or electricity.

Kanna is a bit awkward around people, and Jing doesn't speak Japanese.
The employer only wants one person.
Neither wants to give up on this job, so Sakura, the woman in charge of hiring them,
recommends that they simply do it together.

He failed his university entrance exams in China and went to Japan.
What surprises him the most during his time there is the cost of living.
A day of part-time work in Japan earns more than a month of salaried work in China.

"I was unlucky... That's what I decided to think."

She dropped out of high school and moved to Tokyo because of the bubble economy.
She's a little introverted.
She enjoys eating sunflower seeds.

She follows her sister to the big city.
She's bubbly and upbeat, but never afraid.
She's still a child, so she doesn't really understand what's going on.

"Many people still have a lot to deal with. Like you and me."

She grew up in Tokyo. Her family is involved in the real estate business.
She employs both main characters.
She's nice and approachable, but she can put her foot down when needs be.

"I don't do stuff that doesn't earn money."

He came to Japan twenty years earlier from China.
For various reasons, he keeps trying to push dangerous jobs on Jing.

Most of his business is in nightclubs and land speculation.

A black cat.
He lives in the old station building.

He seems friendly, but runs away if you try to catch him.