The concept of this series

One day, NS, who was playing a famous air battle game, thought:
"This is a war! and why are there so few fighters?"
This game became one of the answers to that question. 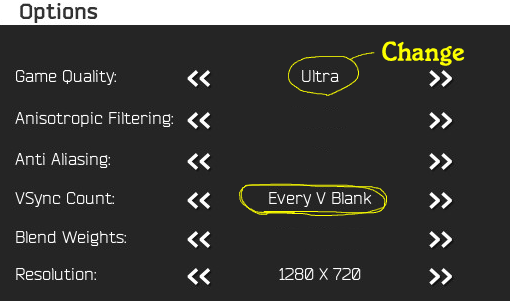 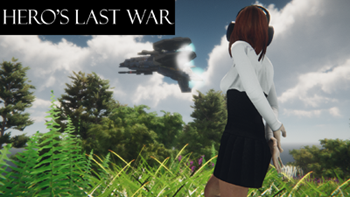 Ride the XF -99 and experience a large-scale aerial battle! More than 100 fighters and a 3D dog fight!
In terms of the number of fighter planes, you may be able to enjoy games you have never experienced before.

There will be various fighters, transport planes, and helicopters.

A number of friendly and enemy fighter aircraft (More than 100 aircraft per level)
There is no "Enemy spawner" in this game.
Enemies and allies fight together in the same place at the same time.
Seven campaign levels.
There are 5 levels as a story after the war.
1 Score Ranking level (The ranking is displayed on the STEAM readerboard.)
Multiple extra levels.

The folder name is "Soundtrack".
Right click on the game name in the STEAM app, and the Properties, Local Tab, and View Local Files folders appear.

With Sonic Alpha's improved graphics technology, we've developed it to give our customers better flight experience. Please enjoy it for free.

Mission after the war

Level 10: The enemy is supposed to have signed a peace treaty, but they sent a lot of old fighters to our country 's capital!
Level 14: Assassinate senior enemy officials in a night storm.
Level 16: Impossible mission. 1 vs 95! Can you survive?
Level 17: The enemy's ambush. Your computer needs a graphics board to play this level.

Level 11: Fly in a fighter plane like the F -16 and engage the enemy's squadron.

Level 12: Test flight of mass produced XF series.
Level 13: Get on an attack plane like A-10 and destroy all enemy ground units.
Level 15: Intercept unidentified enemies.

Level 7: The score ranking of this game is different from previous series in that you can play it as many times as you want as long as you don't quit the game. Compete for the total number of times the enemy was shot down. 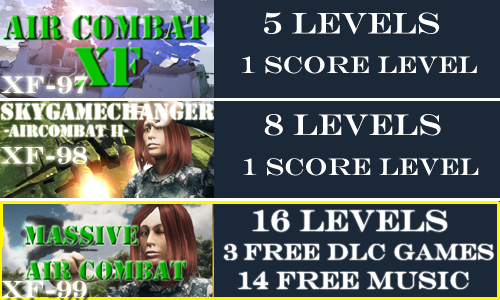 Advances in radar technology have made stealth fighters commonplace.

The Willsword country has developed the latest fighter XF -98. It is a fighter with high attack power and incredible durability.
The MD armor of the fighter greatly reduced radar performance.
MD armor is an armor that weakens an enemy missile by irradiating it with high-power laser and EMP.
Willsword further evolved the XF -98 into the "XF -99 Artemis".
The fighter became the ultimate invincible fighter and was feared by Maxell's pilots as a "Air fortress".