Table of Tales: The Crooked Crown 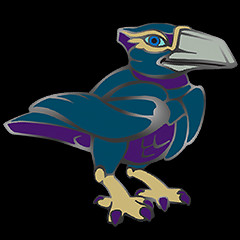 “Tin Man Games has managed to take the newest of video game technologies to deliver something so perfectly nostalgic that it predates video games entirely. Somehow, that also makes Table of Tales the most impressive application of VR that doesn’t let me get up on stage with Hatsune Miku and dance with her.”
4.5/5 – Digitally Downloaded

“Table of Tales is a rare experience. It’s equal parts thrilling, fascinating and fantastic. I don’t think I’ve ever played a game like it, and I would love to see more. As tabletop gaming evolves, I can definitely see a future in the tabletop-as-VR genre.”
4.5/5 – The AU Review

“I love so much about this game it’s a little ridiculous. As a rather hardore Dungeons and Dragons player in my youth, this tickled my nostalgic brain like few games do, and when you account for the very slick presentation, fun and varied campaigns, multiple interactions, it really is a solid package.”
9/10 – VR Grid

Table of Tales: The Crooked Crown is a role playing adventure that brings tabletop gaming to life. Take a seat at the magical table, captain the helm, and lead your party of scoundrels as they venture through a world of swashbuckling and sorcery. Immerse yourself in VR or play the non-VR mode through your monitor - you can now choose! While playing Table of Tales in VR is awesome, you don't need VR hardware to join the adventure.

- Embark on a narrative-driven campaign featuring a fully-voiced Dungeon Master companion, who appears as a mechanical talking bird called Arbitrix.
- Guide a party of four scoundrels through a captivating story that is shaped by important world-changing choices!
- High Replayability! NO ONE PLAYTHROUGH IS THE SAME AS ANOTHER BASED ON CRITICAL CHOICES YOU MAKE ON THE WAY!
- Battle, charm or sneak your way through more than 24 enthralling encounters.
- Tactical turn-based combat and encounters feature dice, cards, skill checks and over 40 different types of enemy.
- Each scoundrel has their own skill and stat upgrade path. Choose different abilities each time you play.
- The magical table transforms before your eyes. YOU REALLY NEED TO SEE IT TO BELIEVE IT!
- Inspired by the nostalgia of classic tabletop games and built by the team that brought you The Warlock of Firetop Mountain, the Fighting Fantasy series, and Warhammer Underworlds: Online.

Please Note: Table of Tales: The Crooked Crown was originally designed for VR. When playing the non-VR mode you may notice some differences in gameplay than what is shown in the trailer or screenshots. The interactive wands that pick up characters, select cards, and roll dice are removed from the non-VR mode. All interactions in the non-VR mode are controlled with a mouse/keyboard or with a controller. Pressing 'escape' on your keyboard will bring up the menu for the Controls.