In Torchlight III, Novastraia is again under threat of invasion and it’s up to you to defend against the Netherim and its allies. Gather your wits and brave the frontier to find fame, glory, and new adventures!
Recent Reviews:
Mixed (460) - 61% of the 460 user reviews in the last 30 days are positive.
All Reviews:
Mixed (4,279) - 46% of the 4,279 user reviews for this game are positive.
Release Date:
Developer:
Echtra Inc.
Publisher:
Perfect World Entertainment
Popular user-defined tags for this product:
RPG Adventure Action Hack and Slash Action RPG Dungeon Crawler Online Co-Op Early Access Loot Fantasy Isometric Co-op
+ 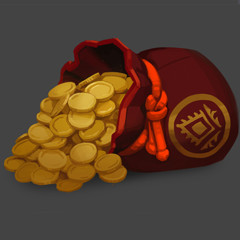 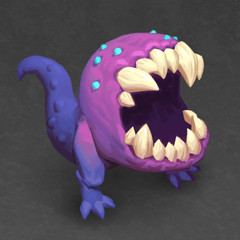 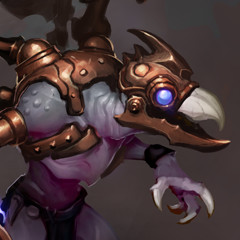 “Community is extremely important to Echtra Games and we believe Early Access is a unique opportunity to learn from our players what changes are the most important to them before proceeding to fully launch the game later this year.”

“While we do not have an exact date for launch, Early Access will last at least a few months while we refine the game further and add new features and end game content.”

“Early Access will begin with 4 playable classes, 2 complete Acts, dozens of quests, a player-created custom Fort feature (complete with enchanting, resource refining, and storage), over 100 Legendary items, and a myriad of weapons, areas, and boss battles.

Early Access is only available in Multiplayer mode. Players will be able to play in groups of four and share certain public spaces in the game (like towns) with other players - up to 40 per instance.

During Early Access we will unlock additional content, including the entirety of Act 3, a new end game experience, and other quality-of-life updates and feature improvements. There are some known bugs, but most reported issues do not prevent fully playing the game and will be part of where our focus lies in Early Access.

Will there be a wipe?
Yes. At the end of Early Access there will be a wipe so that we can continue to aggressively test new features and bug fixes. Players who purchase the Early Access version will retain their copy of the game - this will be an account/character wipe only.”

“Players in Early Access will have the opportunity to purchase the retail copy of the game for less than those who purchase it on its launch day.

Players who have purchased the Early Access version will not have to purchase the game again at launch.”

“Our team at Echtra is dedicated to involving our community throughout Early Access and beyond. Community has already been critical during our Closed Beta process and we will continue to improve upon the activities we have currently established.

It’s been a century since the events of Torchlight II, and the Ember Empire is in decline. In Torchlight III, Novastraia is again under threat of invasion and it’s up to you to defend against the Netherim and its allies. Gather your wits and brave the frontier to find fame, glory, and new adventures!

Explore the wilderness, party with friends, gather materials to craft gear, or use magic to enter unknown dungeons! There’s always something to do in the new frontier.

It’s time to rebuild – and that includes you! Enjoy your very own fort, where you can upgrade gear and renovate your fort to show off to your friends and the world.

Whether it's armor, weapons, dyes, recipes, ember cores, or even new pets...there's always more to find as you battle through dungeons and take on dangerous foes.

Fight your way to fame and glory with your loyal companion! Add skills and equip them with gear to make them stronger. Each species comes in a myriad of colors and styles, so make sure to collect them all!

With four unique classes to choose from, players can utilize class-specific mechanics to maximize damage and their odds of survival. Combine epic gear, Relic powers, and class abilities to customize your playstyle.