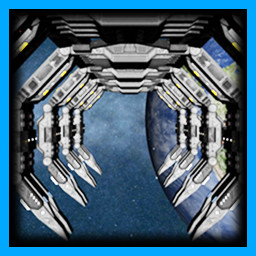 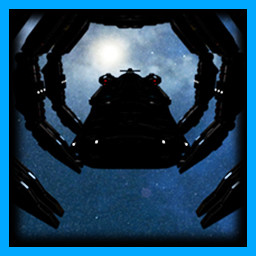 “Starship Horizons is providing players with Early Access to the game so we can get as much feedback as possible as we continue shape the game and drive towards completing our release goals.”

“We will likely be in Early Access for at least the next year. But don't take that as us sitting still!”

“The full version will feature, above all, a full campaign mode for players to embark on: A grand adventure across the universe. But we aren't stopping there! You'll see all areas of content continue to grow: Worlds, Ships, Components, Factions and Missions will all be in a growth state as we continue.”

“Starship Horizons is a fully playable experience, with many core features already complete. Our core focus moving forward is content and fine tuning the player experience.”

“We have no current plans to change the pricing of the game upon release.”

“Player feedback is invaluable to us. We want to know what you love about Horizons as well as what you think we can make even better!”
Read more

“Your individual screens in Horizons are a lot more advanced than the more simplistic fare in Bridge Crew, and while the primary screen shows a 3D model of your ship and nearby enemies and planets, most of the action will come from real life dialogue between the players. As the Captain frantically gives orders, Engineering nervously warns when shields are down, Sciences notes something unusual about an unidentified ship while Comms reports that this very ship just threatened them.”
Outer Places

“Of the commercial products we tried, it’s by far the lowest cost per chair and the most technically capable of all the bridge simulator games.”
Krypton Radio

“It was a blast! Obviously we had a great time.”
The New Screensavers

Release 28 is live! This release represents updates to the underlying architecture around NPCs. Look for upcoming releases during this holiday season to take advantage of this. =)

Be sure to join us on the Starship Horizons Discord Server. There you can interact with the developers and connect with other Officers.

Have you seen our online Wiki for Starship Horizons, including resources for Modders? Check it out right here:
http://wiki.starshiphorizons.com/

You Have The Conn

If you've ever wanted to sit in the Captains chair... This game is for you!

Horizons is a multi-player experience allowing 2-6 players to work together as Bridge Officers. This game is designed to be played as a team, venturing around the galaxy or playing any number of Missions designed for a shorter experience.

One License Supports Up Six Players

One copy of the game will server as the Main View Screen (like you see in Star Trek) and allow up to 6 players locally to join from their devices as one of the key Bridge Officers: Captain, Flight, Tactical, Science, Operations, and Engineering. Use your PC, Laptop, Tablet, Chromebook or even Raspberry Pi to connect and play! Add additional screens like Alert Status, Shield Status, Galactic Maps and more to further add to the fun!

Support for Steam Workshop will be added in the future to allow the community to add and share their own content.