The Deep Diving of FloodDragon 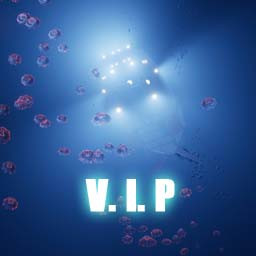 The game currently contains five levels, covering each mission performed by Jiaolong（FloodDragon）, the national deep-sea base. Diving training in the South China Sea and finally diving into the Mariana Trench. You will venture into the deepest part of the ocean and find a rainbow like abyss. Every task will have new discoveries.

The game restores the real structure of Jiaolong 1:1. Professional first-hand materials, free observation perspective and professional dubbing explanation will take you to understand each component of Jiaolong and their functions. Most of the operations in the game need to interact with the hardware in the cabin, which greatly restores the real experience of driving the submersible. In addition, a large number of popular science about deep-sea animals have been added to the game. Some animals you have never even seen, and only a few people in the world have seen them. We collected a lot of data and accurately restored their appearance, action and living habits in the game. You will see and understand these magical creatures from the best perspective.

According to the image data of Jiaolong's mission, the real scene of each mission is restored. On this basis, we have also optimized its art, and you will fall into the ocean world like a dream. Falling into the deep sea from the vast sea and crossing the shoulder with the world's largest whale, groups of mackerels surround you. In the deepest part of the world, everything will become very novel.