Currently, you have access to the full version of the game, including all of the upcoming updates!”

“At the moment, the player receives an incomplete history, some game options are inactive, not many ways of tuning the car. We are constantly working on improving, enlivening and expanding the game world, as well as adding further adventures.
We will also add your ideas if you describe them to us in the game forum.”

“The game offers a cybernetic, dark world, where fight for humanity takes place. Driving the car is based on physics. The way the game continues, depends on the player. There are 4 long locations available in the game right now. Next locations will be added regularly.
You traverse different places by car, avoiding obstacles, air attacks, enemy cars, fighting with the system of artificial intelligence that changed the world to a robotic one. Robots and transpeople will try to take over your car by assimilating it – you must avoid it and dissimilate (cleanse) your vehicle in appropriate points designed for this purpose. Bonus items scattered on the road give you various benefits. You try to survive, find answers by learning about the history of machines taking over humans, try to reach their source believing that something can still be done. You are helped by a girl that doesn't surrender to the system.
Your car is refined with advanced technology. Thanks to this, from time to time you will discover new possibilities and develop it.

We try to significantly relieve the computing, putting a ton of work into it. We want FPS not to fall below 40 on a device meeting the minimum requirements listed. We test and check, but we can't predict every configuration and shortcomings in the software. If the game is lagging, write about it in the forum and we will find the reason.

Currently, the game may not be extensive enough for you, so if you think that something needs to be added or changed, join the community to participate in the development of the gameplay.”

“Yes, the Early Access version will cost less than the full version, so Early Access players will get a great incentive to join early and shape up the game together with us.”

“We want to create an unforgettable game and to do that, we need regular constructive opinions and ideas from the community on the current and future versions of the game.
We'll be active on the CYBER.one: trans car racing community forums on Steam.
We want to closely cooperate with the game community. We love reading your suggestions and thoughts!” 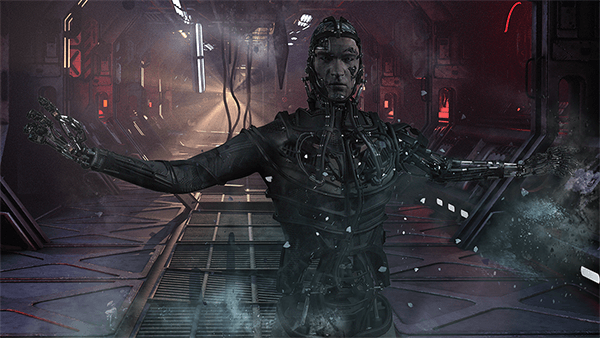 CYBER.one: trans car racing - action is a modern racing game located in a cybernetic reality world devastated by the machines. You were able to break free from the cybernetic collective, but robots and transhumans want to take you over again through assimilation (connecting their robotic parts) of your car. Feel this fascinating experience of driving a car at hyper speed in a physically functioning world. 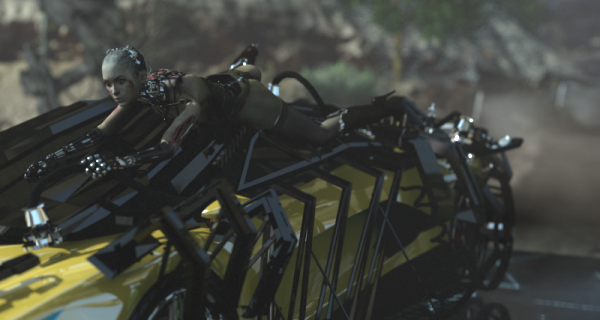 Face your opponent and yourself while driving the road on your own to learn about the history and maybe... change it. The cybernetic world knows that you escaped and wants to assimilate you at all costs. By collecting items and tuning the car, you can find yourself in places where the imagination ends. In the fight against the machines, you are helped by a transwoman, your love, who managed to preserve the remains of humanity, so she fights with the new nature of a robot.
Survive in this harsh world, in order to find answers to the questions:
Is all humanity extinct? How did this happen? Can it be reversed?

You have a great car with strong engine power and lots of possibilities. But it's up to your skills if you survive or not. On the curves and in front of any obstacles, slow down or use the handbrake to cover the distance faster and more effectively. It's high time you faced the simulation CYBER.one: trans car racing.

Adventure: Go into the darkness having a dramatic battle against the tyranny of the system. An interactive reality keeps changing all the time and it's up to you what will happen.

Variety: Be ready for varied and dynamic gameplay.

Arcade: The car won't drive itself. It's all up to your decisions if you are the winner or the machines are. There are some parts of the game: racing, skill, time and adventurous.

Enemies: Cyberworld has its own demons of speed that are navigated by artificial intelligence and they will keep disturbing you to get to the finish line.

Soundtrack: The atmosphere of the game is complemented by surround sound and a strong, atmospheric soundtrack.

all rights reserved this racing action