“You've got to play Dwarf Fortress to truly understand the madness of its creators – and of its biggest fans.”
WIRED

“It's in systems that the beauty of their game lies, systems that are capable of generating in minutes worlds that contain more richness than some entire game franchises.”
Polygon

Prepare for the deepest, most intricate simulation of a world that has ever been created.

The legendary Dwarf Fortress is now on Steam! Build a fortress and try to help your dwarves survive, despite threats of starvation, dragons, and madness. 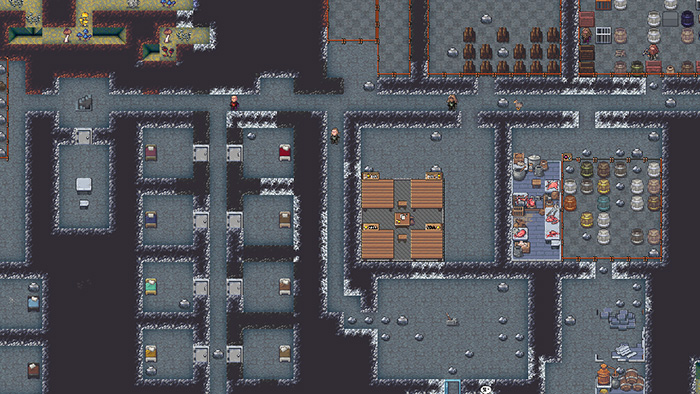 In this complex construction/management/roguelike simulation, every generated world brings a unique challenge, whether it’s dwarves with their own simulated personalities or aquifers. Observe what makes your civilization fall into eventual decline, and learn for next time… until something else inevitably goes wrong.

It’s difficult to convey the depth of the generation. Hundreds of animals and monsters, many of which are randomly created for each world, as well as generated poetry, musical forms, instruments, and dances for your dwarves to practice and perform. A dynamic weather model tracks wind, humidity, and air masses to create fronts, clouds, storms, and blizzards. Over two hundred rock and mineral types can appear, in their proper geological environments.

Nothing substantial is new or changed, under the hood. It’s still good old Dwarf Fortress, but with graphics support and music by default. A few bells and whistles won’t change that.

You may already be familiar with the tile set mod packs from Michał “Mayday” Madej and Jacob "Ironhand" Bowman. Together, their efforts are creating an all-new tileset featuring brand new pixel art by artists Carolyn Jong and Neoriceisgood. Dwarf Fortress Steam edition will have a 15 track soundtrack by Dabu, Simon Swerwer and Águeda Macias including tracks in the Dwarvish language!

It's never been easier to start playing! We've improved the new player experience with the addition of tutorials to guide you through building your first fort and keeping your dwarves happy.

Command your dwarves as they search for wealth in their generated mountain. Your dwarves will need a steady supply of food and beer, but they’ll also need your guidance in surviving attacks from hostile civilizations, the wilderness, or even the dead.

With the goal of simulating all of existence, Bay 12 estimates they’re only about 44% done.

Dwarf Fortress contains textual descriptions of violence, and static 2D sprites that may have violent ends. Alcohol consumption is required for a dwarven fortress to run smoothly, as described in text. Dwarves can experience mental anguish, and in extreme cases this can lead to them taking their own lives or the lives of others.

216 Curators have reviewed this product. Click here to see them.