Notice: At the request of the publisher, SubmarineCraft is no longer available for sale on Steam.
View Community Hub

===Note===
The game is mainly based on free construction, it need time and patience to think and ponder, not suitable for players who like fast games.

The Submarine Craft is a freely built water crafts to batter and explore the ocean.
Through your own handcrafted submarine, you can sneak into the depths you have never reached, cross the erupting submarine volcano, or discover the ancient remains of the sleeping seabed.

Here, you are free to build an old steam ship, a high-tech super submarine, or a deep submarine for research.
The blocks in the game have their own physical characteristics. There are no blood bar in the game, including the buoyancy of the submarine, all using real-time physical simulation.

[game features]
1. The game provides a 3D editor for you to make the appearance model of the submarine. It also provides a 2D editor to make the internal structure of the submarine. A good submarine needs to fully consider its internal structure (2D) and external structure (3D).
2. Physical simulation
The game mainly simulates collisions in 3D . Other aspects of the simulation are carried out in 2D .
For example, the simulation of temperature and pressure, and the amount of water floating up and down by the water tank is determined.
Use the physics engine of the game. You can also build a offshore factory to smelt the ore excavated under the sea and develop your sailing business.
3. Career mode
From only a few planks to a maritime tycoon, from only one small warehouse to a distant ocean group. Are you ready for this? 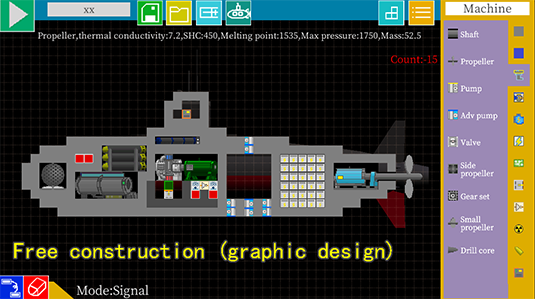 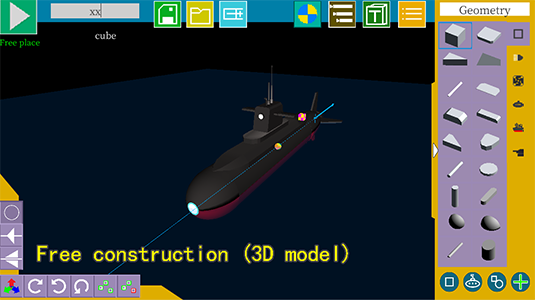 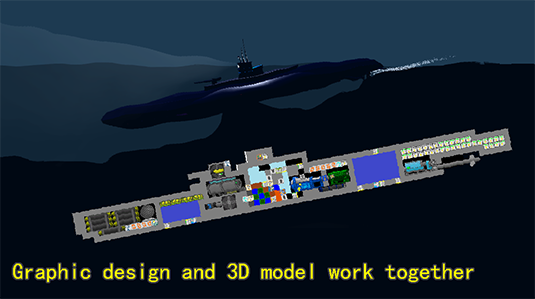 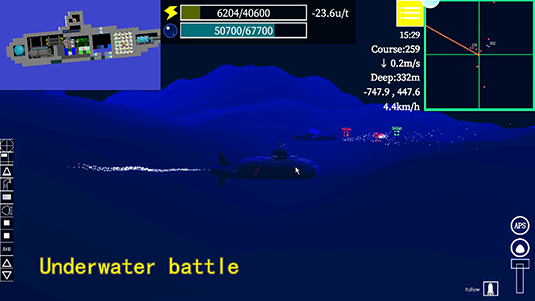 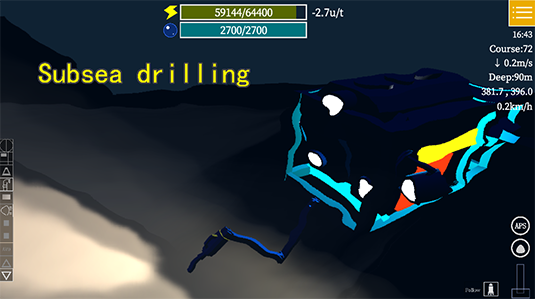 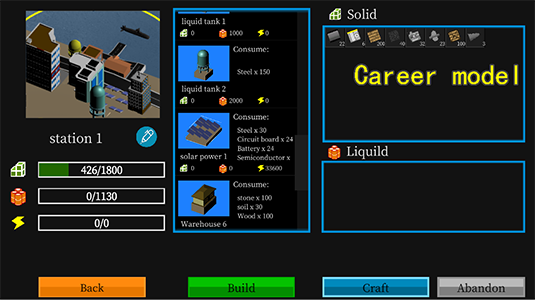 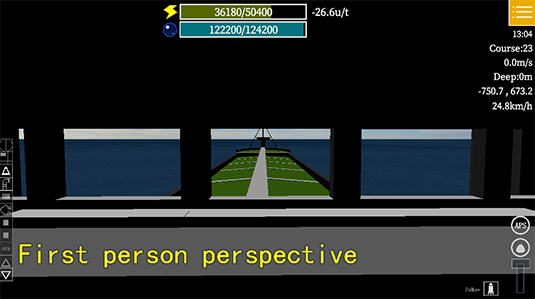 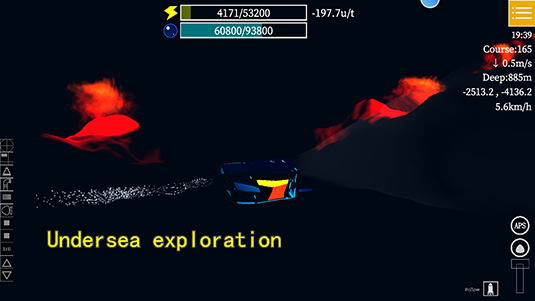