VR Rome reconstructs Rome city of 320 AD. You can walk in a continuous 2km * 2km play zone to visit the eternal city 1700 years ago. The reconstruction has archeology and architecture materials supports, and in the game you can view descriptions, photos and 1:500 models for each important buildings.
All Reviews:
Mostly Positive (11) - 72% of the 11 user reviews for this game are positive.
Release Date:
Developer:
Steven Luo
Publisher:
Steven Luo
Popular user-defined tags for this product:
Indie Casual Simulation Adventure RPG Sports VR
+

VR Rome reconstructs Rome city of 320 AD. In a continuous 2km * 2km play zone, you can walk in the eternal city and find famous sites like Colosseum, Pantheon, Roman Forum etc, and even the Temple of Claudius, Theatre of Pompey that can not be seen today.

For each important building, there is a tip on the top with its name and complete year, and a information panel on the ground, describing the building, even with photos of its ruin today. The most exciting things is, you can enter a museum gallery, with its building model of 1:500 size on the table in front of you, so you can view the building from every perspective.

I am an indie game developer. When I travelled to Rome for the first time, I lost myself in Roman Forum. I could not identify these temple and bacilicas even with the map. Then I thought why not make a VR sandbox of ancient Rome, reconstructing buildings, showing their name on the top, and creating an information panel before each important building, with describing words and photos of now.

After I decided to make this project, I travelled to Rome 3 times, visiting museums. I also spent 2 year's time in researching archaeology and architecture of ancient Rome, finding all kinds of materials on buildings of ancient Rome. 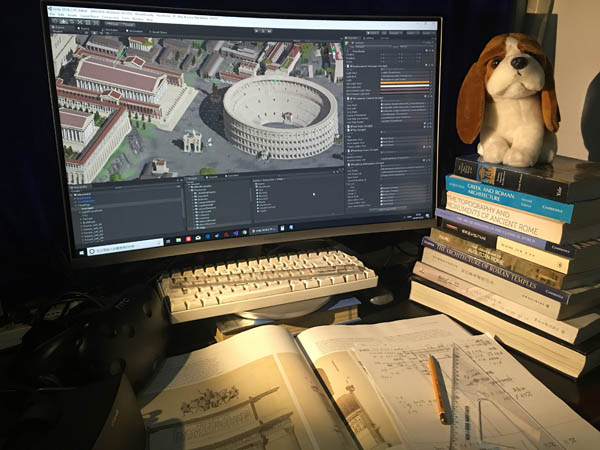 Now it is completed. It covers most of the urban zone of Rome city in 320 AD, from Colosseum on the southeast to the Stadium of Domitian (Piazza Navona today) on the northwest, a 2km * 2km continuous VR zone for players to walk on. 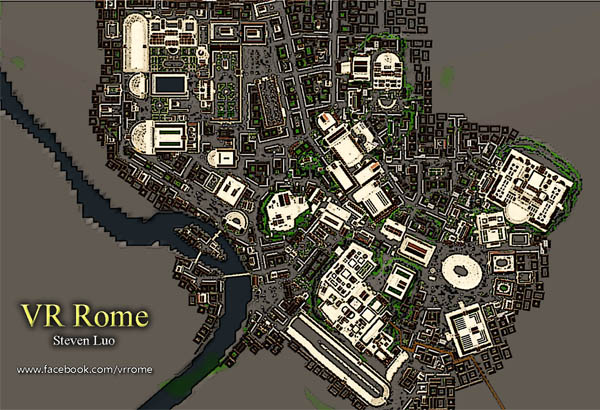 The Temple of Mars Ultor (2 BC)

Weclome back to Rome!