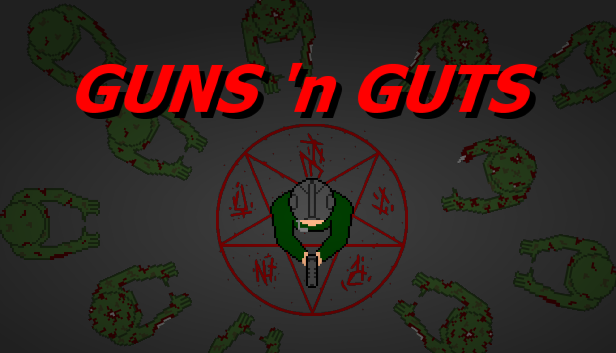 In GUNS 'n GUTS, you take on the role of a lone soldier fighting for his life against all odds.

The evil forces of Hell have risen, and are attacking Earth. The undead are possessed, and now feast on the living. Bloodthirsty demons and hell-hounds hunt down the weak and unsuspecting. The Earth is doomed, and the rest of humanity will surely perish. But you might be able to save yourself from this onslaught of terror...

Judgement Day has come. The time for action is now. So pick up that minigun, and slaughter everything that stands in your way.

Hell is not merciful. Why should you be?

Warning: This game contains pixelated violence and gore, as well as bright flashes of light. It may be unsuitable for some players.