ArmZ VR
Developer
Televisor
Publisher
Televisor
Think quick, but shoot quicker in this insanely dynamic wave shooter, where you operate a huge battle mech. Defend the city gates at all costs or else doomed creatures from the bottom of the post-apocalyptic hell will break through the gates and wipe the last human habitats off the face of the earth.
All Reviews:
Mostly Positive (11) - 72% of the 11 user reviews for this game are positive.
Release Date:
Developer:
Televisor
Publisher:
Televisor
Tags
Popular user-defined tags for this product:
Action Indie Early Access Gore VR
+
Reviews
All Reviews:
Mostly Positive (72% of 11) All Time

“Because we know for sure that all critique, opinions and suggestions that the players will have and share with us will help us make our game better. We have created a base, which we are very happy with, and we are planning to expand it further with free DLC, including new game modes, multiplayer, new content, etc. We have prepared a solid roadmap, and we have a lot of interesting ideas, but of course we’d like to discuss all of that with the players.”

“It will all depend on the players and their expectations. The more features the game has, the more time it will take to deliver the final product and leave Early Access. We’d like to release the final game in the first half of 2019, but of course this can change.”

“Apart from the obvious things such as maintaining good gameplay balance and eliminating bugs, we’ll be adding new content: maps, weapons, and enemies. We’ll also be upgrading the core gameplay and enrich it thanks to the players’ feedback.”

“The project is currently in the pre-alpha phase. It consists of six playable single-player levels, a couple of different enemy types, and four powerful weapons. The present version provides at least an hour of gameplay, assuming, of course, that you are a natural-born expert in piloting huge battle robots! For more information, please see the “Game Description” section.”

“We’ve prepared a solid roadmap for publishing new content. Apart from the content, in the next updates, we’ll be presenting our ideas for new gameplay modes (single- and multiplayer) in a form of various prototypes.

Every new mode or feature will be separated from the core gameplay. This way, we’ll be able to test it together with the players in the “safe zone”, so we won’t have to worry that the tests will break the core gameplay.

Sometimes, a new feature will have some options that the players will be able to configure. We hope that with the help of the players we will choose the best ideas and expand them so that each of these new features will give the players lots of fun.

Of course, we’re also counting on getting feedback on the features that have already been implemented. If there’s anything bugging you, please know that every opinion, comment or idea is more than welcome. Check out our Steam forum and take part in the discussions!”

Welcome to a world where technology has sealed our fate and finally led to the World War. Those of us who made it are now living in ruined cities behind steel gates that separate the cities from one another and from deadly creatures roaming the wastelands. The only thing that stands between us and them are the remotely controlled war machines called ARMZ. But no machine, no matter how powerful, would be of any use without YOU, its operator.

ArmZ VR is a hellishly dynamic wave shooter that allows you to become one with a huge, heavily-armed Battle Mech! Your goal? To guard the city walls against constant attacks of horrifying human-machine hybrids. Be sure they’ll use all their skills, weapons and won’t hesitate to sacrifice their life when needed, as unlike any living being, they’re not driven by a self-preservation instinct but pure will to kill. 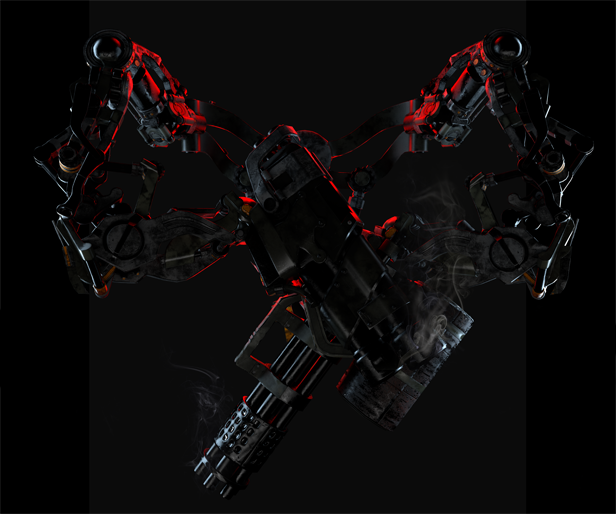 You however have what your opponents don’t. ARMZ war machine that adapts to your preferred combat style. Not fancy of sophisticated battle tactics, strategic thinking and planning three moves ahead? Grab those miniguns, start a barrage fire and cover the battle field with a hail of bullets until no hostile creature is left with its head still sticking from above the ground.

“Rambo style” combat not your cup of tea? Good! Be sure your robotic arms are capable of way more than just pulling the trigger. Use them, to get cover from bombs. Equip your mech with a harpoon to eliminate enemies from the distance. Drag them, crush them, watch them bleed and throw away what’s left of them. Then enjoy observing what impact your little horrifying show had on remaining enemies, that will literally freeze in fear. And once the situation on a battle field gets really serious, wait for the hostile horde to come anyway near an explosive, then blow it and enjoy the mayhem.

And you better be ready to make a good use of your mech’s weapons and defensive skills at all times, as each opponent you’ll be facing, starting from heavily-armored Guards having a shield and hammer at his disposal, to flying, bomb-throwing Jumpers, has their own set of skills and combat strategies, challenging your wits and testing your tactical talents.

You can play the game standing, or sitting comfortably in a chair, but you must not forget to be constantly looking in different directions and using both hands and weapons at the same time, as death can come from literally anywhere. So keeping your eyes around your head will be crucial for your victory in combat. The same applies when properly deciding on which targets to destroy first during the battle. The situation on the battlefield changes dynamically, so you need to be both quick and creative when developing your offensive-defensive strategies.

ArmZ VR is a result of a huge effort of a small independent development team, that’s entirely focused on one thing and one thing only – to make VR gaming as immersive as possible. Reaching that goal won’t be possible without your support however. So put on your VR goggles, grab those controls and help us make our game as great as it can possibly be!

The best way to reach us with your feedback, comments, suggestions, requests and whatnot, is via Steam forums, so feel free to share your thoughts there. We look forward to hearing from you and see you on the battle field! 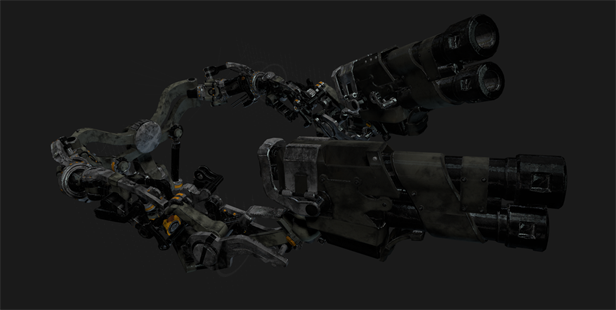 There are humanoids and other creatures shot or torn to pieces.