ZERONE Episode 1 Gunner
Developer
Atticfab
Publisher
Atticfab
ZERONE is a Hyper Action VR FPS Game. It provides a dynamic action and hitting sense through the ability, such as firing a weapon or defending a missile from enemy, to disarm an enemy attack.
All Reviews:
No user reviews
Release Date:
Developer:
Atticfab
Publisher:
Atticfab
Tags
Popular user-defined tags for this product:
Action VR
+
Reviews
All Reviews:
No user reviews

1. Synopsis
Mankind sends out AI on an exploration mission to space with a goal of finding a new home that will replace Earth that is on the verge of collapse.
Not far into the mission, AI soon comes to the conclusion that mankind will repeat the same mistake wherever they will settle down in place of Earth.
AI, seeing mankind as the uncontrollable enemy against the universe, cuts off all communication with Earth and turns the exploration ship back to Earth and prepares to wage a war against mankind on Earth.
This was the beginning for the first defense effort by the Earth Federation. 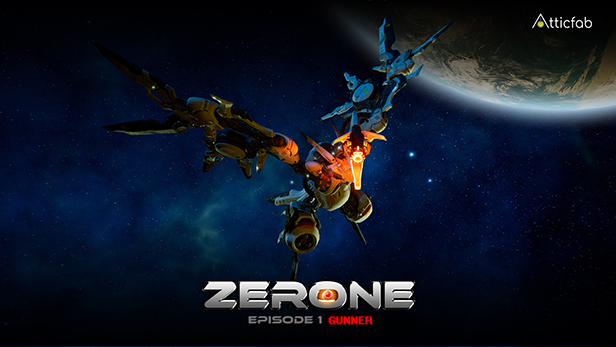 2. The Main Character
The main character is a human born in AVALON, the city of AI, and raised as a resistance hunter.
Body alteration operations were done on him to acquire overwhemingly inhuman strength and reflex ability
While in his routine battle against resistance, he gets sucked into a huge shock wave and accidentically gets disconnected from the main AI controlling unit.
This event causes him to question his identify and utimately to escape from AVALON and join the resistance. 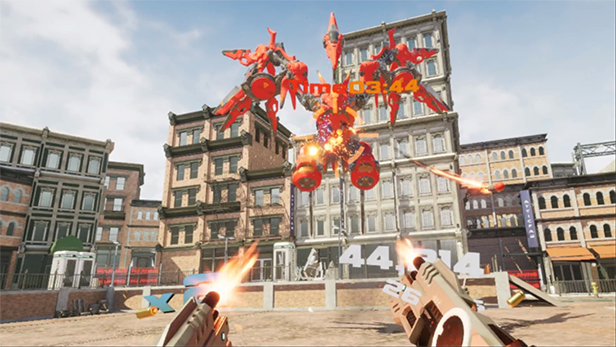 3. Chrateristics
ZERONE is a first person Single Play FPS game which provides a strengthened immersion via interaction of various objects that people can only experience in VR.
The goal of this game is to make Boss' stamina 0 within 5 minutes. If Boss' stamina is reduced under specific figure, the game is going to be harder because his attack pattern and your weapon's damage are increased. 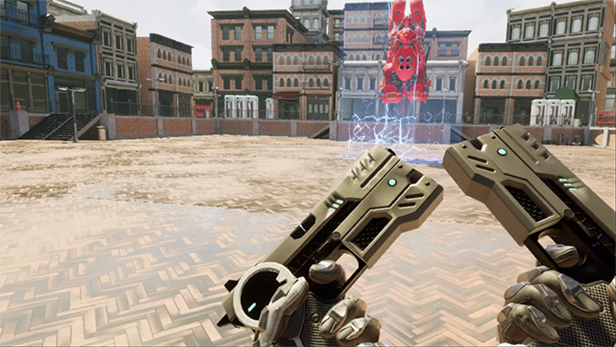