“Engaging gameplay, high replay value, and a great co-op experience make this one an easy recommendation for anybody looking for a little arcade game to play in short bursts either when alone or with friends. We’d recommend you give this one a look if you’re into arcade beat ‘em ups; for under ten bucks, this one’s a steal.”
80/100 – Nintendo Life

“All in all, it's a really good outing by Secret Base, and a game I will replaying a few times. It's an intense, yet relaxing experience which feels like it's from the 90s. Really, that's all I ever want in a game.”
8/10 – Nostalgia Nerd

We just set up our discord channel. Join us for a chat and let us know your thoughts :)
https://discordapp.com/invite/neSvJ6r 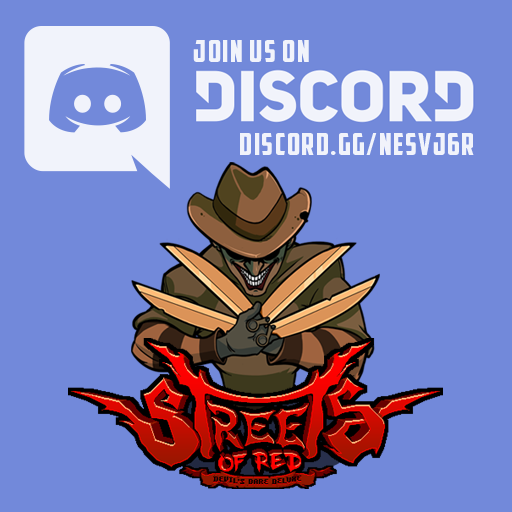 In Streets of Red: Devil's Dare Deluxe, the only thing scarier than being eaten alive is running out of quarters! A permadeath multiplayer horror beat'em up that bestows players with the skills of retro gaming heroes in a fight against a legion of undead monstrosities.

Streets of Red was designed to be played over and over again, with each run offering up the potential for new content. Six unique playable characters and an ever-growing level selection work to keep the gameplay from getting old and rotten, while the easy to learn but hard to master combat system allows for plenty of depth.

With every kill, you earn cash that can be spent on upgrades, or to revive yourself when you die. You better learn how to make cash fast and spend it smart in Streets of Red because when you're dead, your save data dies with you. The chills, thrills, bills, and opportunity to learn new skills here won't stop until every street runs red with blood! Are you up for the challenge of an anti-lifetime?

● Video Games Versus Horror Movies!
● 4 Players Local Multiplayer Co-op!
● 6 playable characters, each with unique skill sets and upgrades!
● Dynamic difficulty, based on the number of players!
● Multiple routes that leads to multiple epic boss fights!
● Death matters! Earn cash to revive, just like in the arcade!
● Lots of exclamation marks! 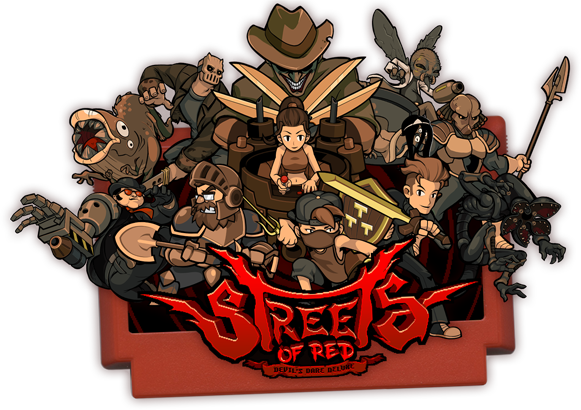