Soul Rebellion
Developer
Spellsoft
Publisher
Spellsoft
In the lands of Armelia, 10 people have been possessed by the soul of ancient heroes to participate in a evil game. Release your own soul in this Action-Adventure game.
All Reviews:
No user reviews
Release Date:
Developer:
Spellsoft
Publisher:
Spellsoft
Tags
Popular user-defined tags for this product:
Action Adventure Indie 3D Platformer Mystery
+
Reviews
All Reviews:
No user reviews 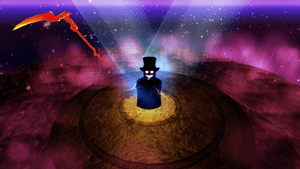 Soul Rebellion is an Action-Adventure game with a mysterious story full of plot twists and humor.
This game is in development by one person. The future of the game will depend on your feedback!

In the lands of Armelia, 10 people have been possessed by the soul of ancient heroes. The culprit is a mysterious sorcerer who has forced them to participate in a game to return to normality: the assassination of the Armelian Empire's King.

Swap between Sigma, a skilled swordsman and "Lord Sideon", a powerful mage who has possessed Sigma's body. Combine their skills in real time to defeat enemies and solve puzzles.

Fly freely through the stages and interact with the environment releasing your own soul. You can destroy objects, move them to another place and return to your body at any time. Get more skills progressing in the story.