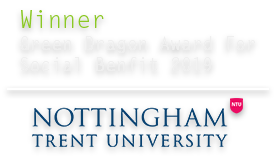 Riscord is a text-based visual novel that takes place inside of an instant messaging application between the summer of 2016 and the summer of 2018. You’ll explore relationships with multiple college / sixth form students such as Lizzy, Peter, Laura, Austin and many more to be announced. Each decision made will impact the narrative of the game in various ways; the ramifications of these actions may not be felt until many episodes later, but some of the smallest actions will have some of the most significant consequences.