Lambs on the Road

It’s inspired on the bestseller ” The Road” by Cormac McCarthy. It will be a platform survival game. We will be able to find parto of a game where the visual skill is important and on the other side the user will be able to live the story of two characters (Father and daughter) fighting to survive.
All Reviews:
No user reviews
Release Date:
Developer:
Flynn's Arcade
Publisher:
Flynn's Arcade
Popular user-defined tags for this product:
Action Adventure Indie Violent
+ 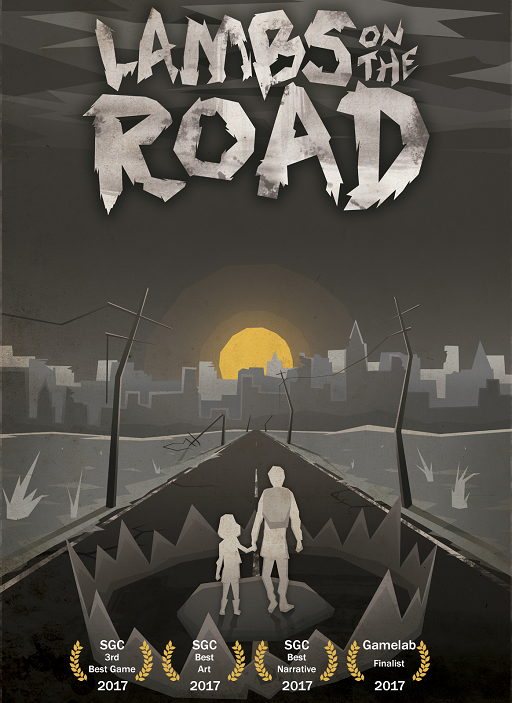 Lambs on the Road

– Human greed has had no limits since many years passed.
– Today is cold and grey, but no less so than yesterday.
– I’m not sure what day or month it is, but I suspect it is September.
– It all started when the world’s climate as we know it began to change violently at the hands of man.
– Rivers and lakes dried up or became polluted. And with the water shortage, crops started to deteriorate.
– Animals were the first living things to suffer, later, all humanity.
– The world as we know it has been lost forever.
– When food became scarce, everything collapsed, chaos took over.
– A fierce struggle for survival began.
– In a desperate attempt to save humanity, what was left of the authorities evacuated the young to makeshift camps outside the cities
– Entire families were separated and parents were devastated at having to abandon their children.
– They were never to be heard from again.
– Meanwhile in the cities, people fought for the slightest hint of food.
– Order was lost to be replaced by survival of the fittest .
– And finally, due to despair, it happened……

Inspired on the bestseller ” The Road” by Cormac McCarthy. Live the story of a father and her depth daughter in a post-apocalyptic world.
Due to climate change, chaos became to our world. Order as we knew has dissapeared and human being try to survive.
Lambs on the road is a flat 2D platformer adventure game. Play with the father and his daughter separately in different levels and help them to meet again.
Let them meet and keep on playing in a coperative way to scape from cannibals and survive to arrive to a secure point.
Both characters have different skills and limitations. Separately maybe can survive, together they have a chance.