“We are utilizing early access instead of releasing a demo version so that we may sculpt our game based on the preferences of our users. By getting strong community feedback we believe we will be able to better provide a unique VR experience that our players can count on to be what they are looking for in a game like this..”

“We plan to be in early access for 1-3 months as we fine tune the actual game play to provide enough challenge to be interesting without being so hard that it breaks immersion.”

“The early access version of the game is only going to include the tutorial level, and eventually include the first playable level as well. the full game will be multiple levels, with multiple types of enemies, unique boss fights, and much more. We plan to include steam achievements, eventually add in co-op and pvp support (for now the game is single player only), and based on user feedback potentially add in a quest system over a larger world.”

“The early access version of the game only includes the lobby area and the tutorial level at this time.”

“While the early access version of the game is free we do plan on having the full release be a paid game on steam. We do plan to gradually raise the price as we introduce new levels and features. The game will only be free until the first level is reached or 1500 downloads, whichever comes first.”

“We are greatly looking forward to community feedback to help us sculpt the future of this game and any other games we release in the future. We invite anyone to come join us on our discord https://discord.gg/FufkjPd to give us your feedback and suggestions, or to ask general questions which we are always happy to answer.”
Read more
Notice: Requires one of the following virtual reality headsets: HTC Vive, Oculus Rift, or Valve Index. See the VR Support section for more info.
VR Only

is set in a world where magic and technology have advanced hand in hand. Draw magical runes to cast spells, while utilizing magical crystals to defeat enemies, solve puzzles, engage in dynamic boss battles, and eventually cleanse the cave of corruption.

Due to some great player feedback the early access now includes the first level up to but not including the boss fight at the end. Story elements are not currently included in the game but will be added within the near future as the voice acting gets completed for it. In the mean time we have included helpful hint buttons throughout the first level to guide players through the process of finding their way through the level and solving the puzzles within it. We would like to express our extreme gratitude to everyone that has been helping with valuable feedback so far in helping us make this game great. We look forward to continuing to work with our community for the future of the game.

* Not all features currently available in this stage of early access.

Hyaloid Games is a group of friends with an extreme passion for gaming, over 30 years of combined experience developing table top RPG's and mobile games, and have decided to turn our passion towards producing immersive VR experiences. Our goal is to make community driven games that we ourselves would love to play. 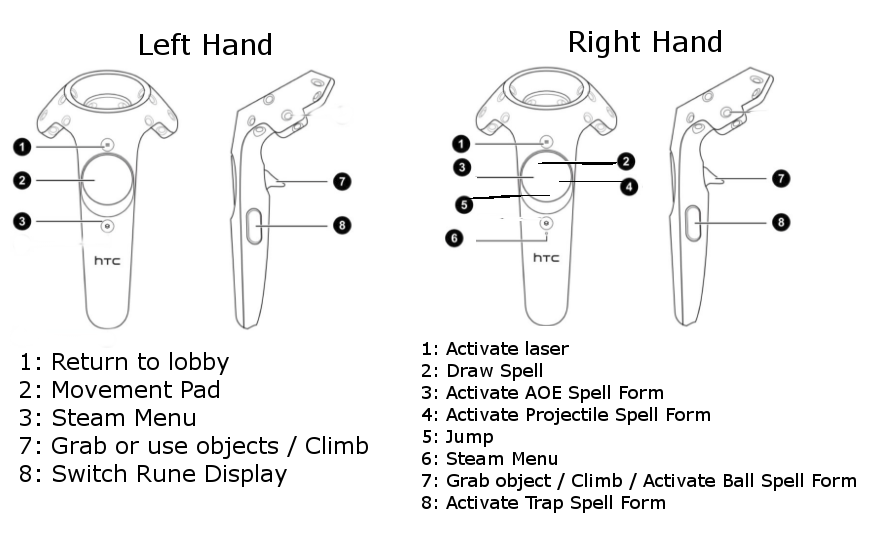