The Story of Development

August (AuggoDoggo) Yadon left his San Francisco programming job to move to Cleveland, Ohio and work full time on his first VR game. Almost all of the early development was streamed live on Twitch, where a small following grew. Everything in the game is made almost entirely from scratch in Unity3d, Blender, and Gimp. To read more about the challenges, success, and behind the scenes, read on our website.

A Note on the Length of the Game

A regular playthrough will last 45-90 minutes. A number of people have read the description and advised me to make more content to increase the length of the game, pushing it past Steam's refund policy window (120 minutes). I've been working on this game for 3 years, and it's a comedic piece of art that I'm proud of. In the same way that a musician shouldn't add a few extra songs immediately before release, and why a director shouldn't do the same with scenes in their movie, I also don't want to dilute Plunker's experience by adding filler content just to hit a certain time requirement. I enjoy this goofy little game for exactly what it is. I'm ready to move forward and let the world play Plunker.

Plunker is a short, and heavily comedy based indie VR game based on exploring for easter eggs and extremely goofy interactions with the world around you. The player investigates suspicious scenes, trying to find anything out of order. You can expect to be strung along by jokes, replayable VR minigames/puzzles with unique mechanics, and a surreal, sometimes nonsensical story. Plunker was made by one person while streaming live on Twitch.tv and also working a full 40+ hours a week for a good portion of the last three years. All of the art, all of the code, all of the ideas, all of the testing. At the end of it you've got 45~90 minutes of playtime. 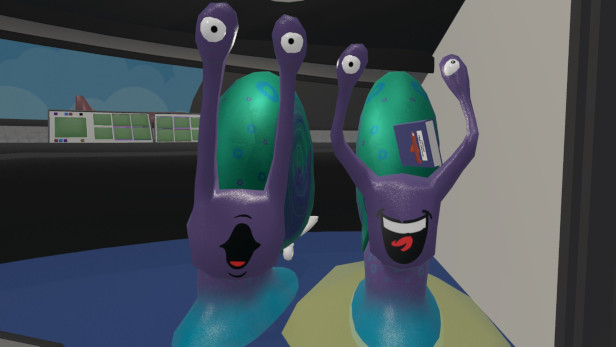 Examples of Features Not Included

Due to the comedy and surprise/reaction based nature of Plunker, it's a fantastic game to play in front of an audience!

There are swear words, and some tongue-in-cheek sexual themes, and implied nudity (punching a guy who's on the toilet where you don't actually see anything for instance).