World Of Walking Cities
Developer
Action Portal
Publisher
Action Portal
Many years ago the world was struck by enormous catastrophe. And now the survivors should to keep moving to stay alive. Control the nomadic city, look for the resources, develop your city and keep a grain of civilization behind its rusty walls!
All Reviews:
Negative (19) - 15% of the 19 user reviews for this game are positive.
Release Date:
Developer:
Action Portal
Publisher:
Action Portal
Tags
Popular user-defined tags for this product:
Indie Action Adventure Singleplayer Offroad Open World Space Spectacle fighter Early Access
+
Reviews
All Reviews:
Negative (15% of 19) All Time

“At this moment we haven’t implemented yet all the planned content and mechanics, but the game already has all the basic mechanics necessary for successful gameplay. We want to show the game to users in order to evaluate their interest in this project, and also to collect feedback that would help us to determine the most appropriate direction of the development of this game.”

“We plan to implement following features in the release version:
”

“In the current version these features are available:
”

“After the game is released from early access, the price will be increased with moderate probability. If such a decision will be made, we will make a preliminary announcement on this issue.”

“We plan to study feedback, watch the discussions in the Steam community and participate in them. We will take the opinion of fans into account, and it will be helpful when we will be determining the priority of the introduction of certain features in the game. Also, we will periodically publish a developer's diaries describing the development progress and containing announcements of upcoming innovations.”
Read more
Notice: Notice: World Of Walking Cities is no longer available on the Steam store.
View Community Hub
See all discussions

Many years ago the world was struck by enormous catastrophe. Nanobots that were used in many different industries got out of control at some point. They was growing in the earth like mycelium. And after that they broke through to the surface trying to entangle any organic. 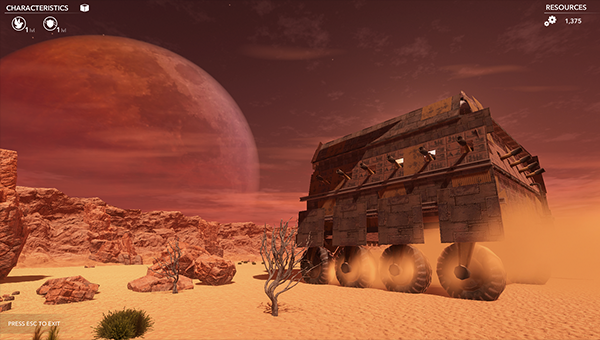 All who can be saved did it immediately. Some of them flew into the cosmos, the second group built settlements floating in the stratosphere, others gone under water. But there were those who stayed and didn’t break the connection with the surface of the earth. They are in constant motion so that the nanobots couldn’t assimilate them. The large mobile city-arks was built using primitive technologies and without using nano bots. The cities one by one launched nuclear engines and started their own way that doesn’t have a final destination. In this game combing a strategy and RPG elements your should control one of such cities. Civilization fell, sophisticated technologies are forgotten and available resources are decreasing. That’s why you should hunt for the settlements to disassemble them for the parts and use for own development.

Explore this post-apocalyptic world where delay is like a death. Find out what is happened with this planet and make your city the most powerful and developed in the Canyon.