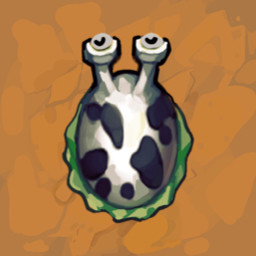 “As the game has grown so much in scope, it’s become harder to chase down the bugs which come up through the earth and hide in the darkest corners of our procedurally generated caves.
This is a critical stage in the game’s development and an opportunity to really shape what the play experience is like. We want to ensure that we’re making the very best version of the Snake-Roguelike Mashup Game that we all agree the world needs so badly.”

“Though we don’t have a solid release date, our current target is Spring of next year. This will allow us to make certain we’re providing a stable, balanced and complete Snakelike experience.”

“The major features we had planned—and plenty of features we didn’t—are currently in the game. We plan to refine these features into a more cohesive play experience from start to finish.
We are also in the process of commissioning all new (non-programmer) art and a few additional music tracks for the different areas.”

“All the core mechanics of the game are implemented and spread across 4 different areas each with their own distinct feel and monsters. Bosses, Special Snakecessories, Magic, Shops, Puzzles and more Bobs than we know what to do with are all ready to be defeated, equipped, used, solved, hugged and generally encountered.”

“We are super appreciative of those who have already and who continue to support us early on in this process. While we remain in Early Access we want to offer our game at the same price as we did in our Kickstarter Campaign. Upon release, you can expect the price to go up a few dollars, mostly due to snakeflation.”

“From the beginning, incorporating player feedback into development of the game has been a key component. Bug reports and feedback from early demos, /r/GameDev and /r/RoguelikeDev, and more recently on our Discord https://discord.gg/dKQr9SC, directly contribute to our process and have shaped and inspired major components of the game including Snekolocation.
We are excited to hear what players hate, like, and likelike. We plan to set up weekly streams and polls on our Discord to get players’ opinions on features and tweaks to the game.”

We are currently working on an updated trailer that includes the changes from the Extreme Snakeover Update. Please see the screenshots for the new art.

Have you ever been playing a Roguelike and wished you were dragging a long tail behind you? No?

Well have you ever been playing Snake and wished it had more monsters and combat and procedurally generated dungeons to explore? Me neither.

Welcome to the world of Snakelike!

Roguelike Action with a Twist

Snakelike Twistings with some Roguelike Action