To Trust an Incubus

View
all 50
Title: To Trust an Incubus
Genre: Simulation

Buy To Trust an Incubus

$19.99
Add to Cart
Bundle "To Trust an Incubus Complete Set" containing 4 items has been excluded based on your preferences

“The Incubi were so entrancing and I can’t wait to learn more about them in future, I also adored the MC who seem to be a little naive but has a good heart. As you can see from the pictures above, the art is absolutely gorgeous, I don’t think I’ve seen such well defined muscles in a game before!”
Two Happy Cats

“When so many video games feature straight male heroes saving damsels in distress, other are finally giving gay people a chance to explore dating and desire in new and fantastic ways.”
LGBTQ Nation

Explicit art is censored with chibi stickers. Even while censored the artwork clearly depicts sex between male characters. There is incubus/human sex.

Some fondling is non-consensual. Past torture, both physical and sexual, is referenced to without being described in detail.

There are references to suicide and alcohol consumption.

Some bad endings include murders which are not illustrated.

Temp worker Kenta is locked in a lab with Four SEXY Incubi from another dimension! A gay sci-fi yaoi/bara dating sim for ADULTS ONLY! 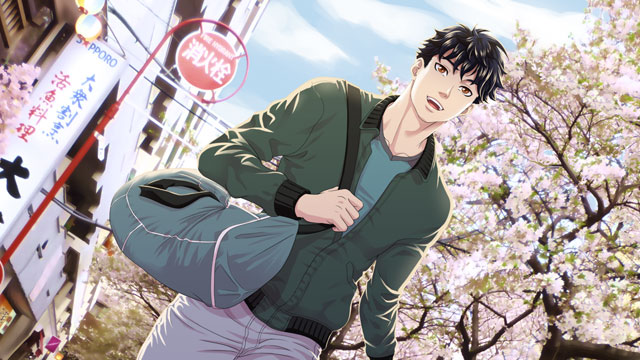 Kenta, a temp worker, gets a job in a lab that's holding four muscly incubi aliens in quarantine. They came through Professor Raiden's interdimensional portal like several other beings who visited Japan before them.

Past interdimensional visitors have warned Professor Raiden about aliens that look just like these ones. They might be ravagers who are scouting Earth to plunder it.

The top linguist working for the lab can barely communicate with the incubi. He's figured out they need to bond with someone in order to learn their language.

Will Kenta be the one to bond with the incubi? And if so, will he be able to figure out if they're the evil ravagers or some other benign race?


Will the incubi stay in our world? Will Kenta get a permanent job? Make the right choices to get happily-ever-afters for everyone's endings, or the wrong choices for some magnificently effed-up endings.

Sexually explicit art is censored with chibi stickers. If you live in a country that allows adult content you will be able to use a free 'Patch to Uncensor Artwork' in the list of DLC (downloadable Content) of the final game. If you are in one of the 28 countries that ban games with adult content (sorry Australia and Germany) the patch and art book links will not work for you. If we offered it to you our game would be banned in your country. :( Look through the community posts for solutions. 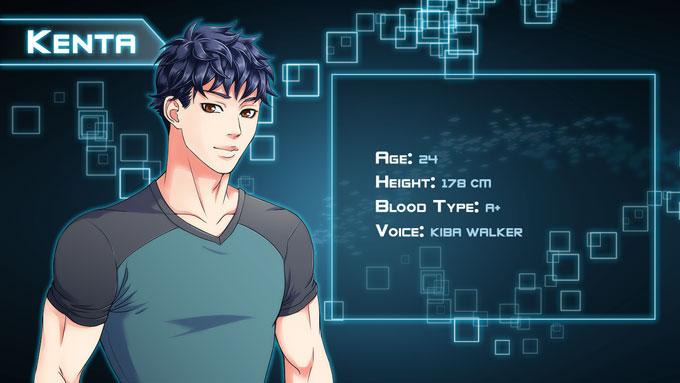 Kenta saw the incubi in the news and was fascinated by them. He can't believe he'll get to work with the amazing beings. He's been a temp worker for a while and hopes he can impress Professor Raiden so he'll have a permanent job. Voiced by Kiba Walker (Zoolaplex, Seiyuu Danshi). 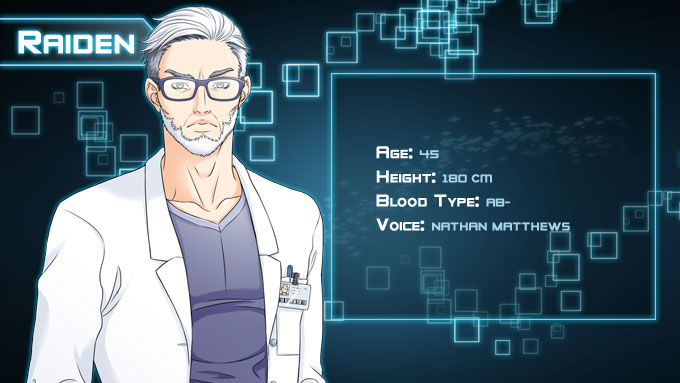 The interdimensional portal is the result of a lifetime of hard work and dedication by Professor Raiden. He gave up on any chance of serious romance to focus 100% on his discoveries. Voiced by Nathan Matthews (Yaoikuza, Tender Master). 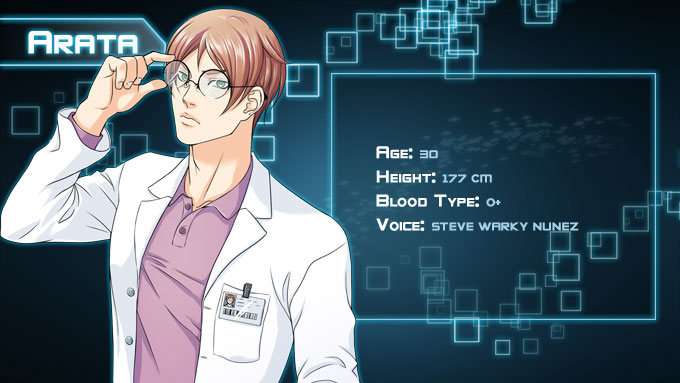 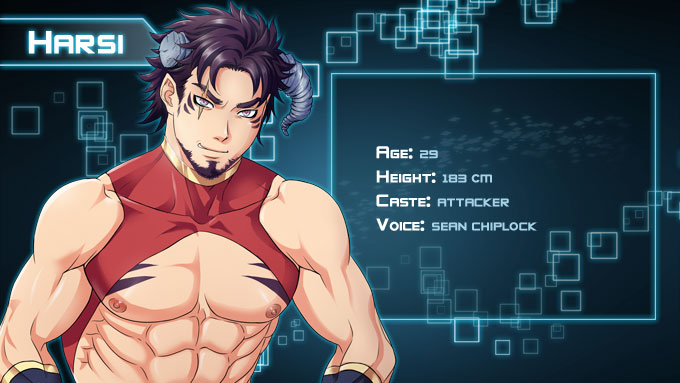 Harsi came through the interdimensional portal the day after Saji arrived and seems to be looking for him. This rough and tough incubus is nothing but trouble! Voiced by Sean Chiplock (Full Service, Persona 5, Danganronpa V3, Legend of Zelda: Breath of the Wild). 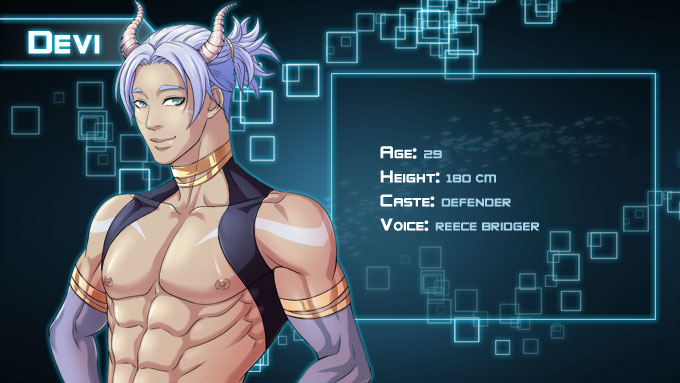 Devi came through the interdimensional portal with his leader Vald. Little is known about the incubus, but he seems kind, warm, and gentle. Voiced by Reece Bridger (Fare Thee Well, Bulletville). 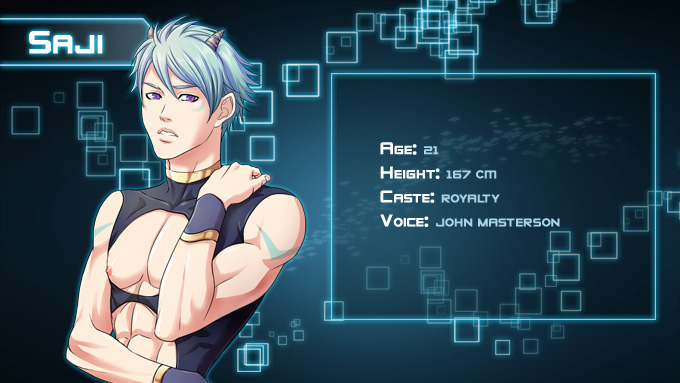 Saji came through the interdimensional portal a week after Vald and Devi arrived. Though quiet and withdrawn it appears like he's running from someone. Voiced by John Masterson. 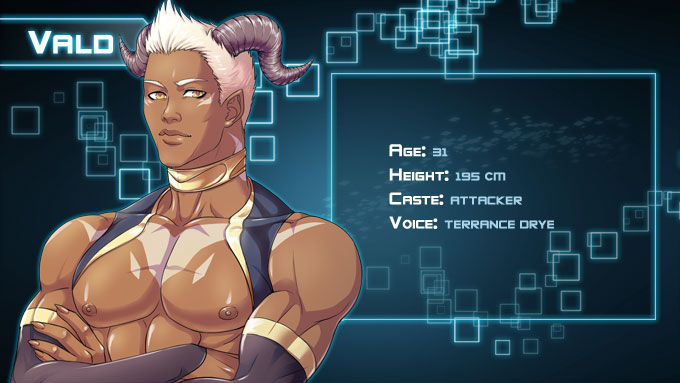 Vald came through the interdimensional portal with his subordinate Devi. He gives off the cool air of a born leader--or an evil general? Voiced by Terrance Drye (Fare Thee Well, The Braggers Club). 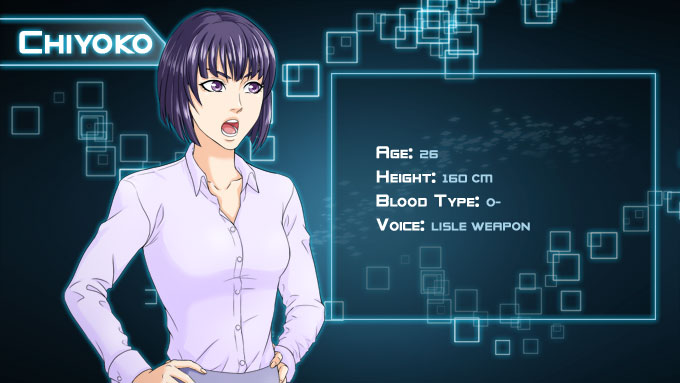 Chiyoko’s running the Professor's institute while he's stuck in quarantine. Maybe he'll promote her to be the director one day. Voiced by Lisle Weapon.

To Trust an Incubus is Copyright 2018 Y Press Games. All rights reserved.