Dark Drive 2D, a retro-graphic game with mixes many different genres, including RPG , Turn-Based and a distinct breathtaking fighting system.

Dark Drive is the tale of Benedict Ros, Special Operations Officer within RRA (Risk Against Agent) of NU (New Utopia Kingdom). Unexpectedly, he made a wrong step and was kidnapped to the place up in the space, of which the origin may not be identified. To make the matter worse, the place was decked out with a mass of manslaughter machines — He must fight for life while searching for the answer of what actually happened to him. 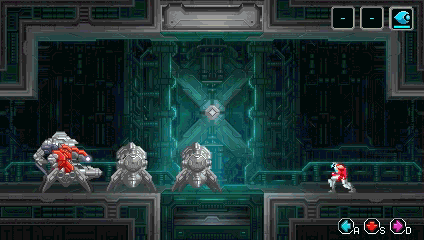 When it is the attack turn, the firearm attacks are enabled as well as other available weapons according to each circumstance, in the form of turn base. 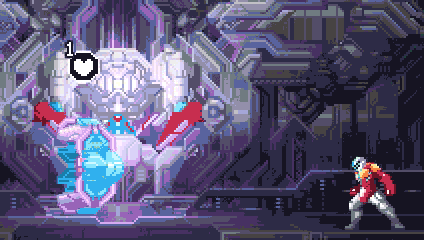 When it is enemies' turns, they will perform multiple combo attacks, which we can put up a defense according to enemies' forms of attack. If it was done successfully, it will allow us to counterattack. 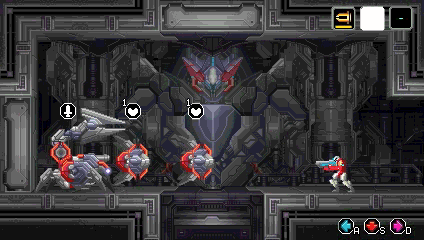 The skills are available for options in order to have the upper hand in the battle, for instance, Stun Shot, which disables enemies’ attacks in their turn. 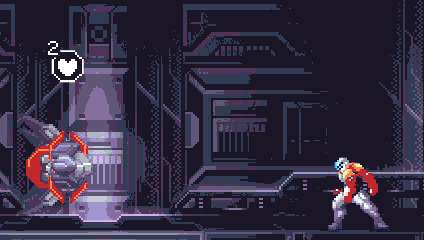 All the enemies in the game: if you can defeat the special one, you will remember the Instant Kill method once you encounter them again or; with the enemies of the same kind, you will be able to handle them in a single stretch. 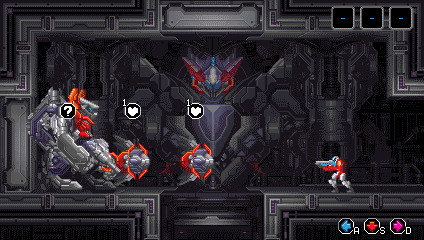 Enemy Sudden Attack
Another form of enemies’ attack is the sudden attack. It has extra high speed, although it is done one time at a sitting. The defense for this is the same way as the combo attack.