This game is 8bit style RTS. A lot of NES-like armies move on the screen and wage war.

This game has a speed button for high-speed play. With 9 speeds up, you can win in 5-10 minutes per stage.

Your color is "Red". You can build buildings on red areas.

When you build a production-type-building, the building automatically creates armies. Armies advances to a nearest city of enemies.

When you build a defensive building, the building automatically atacks enemy's armies.

When you occupy all towns, you win. You get Buildings and Special Powers.

Various stages are waiting for you!

How to fight on the battlefield -1- 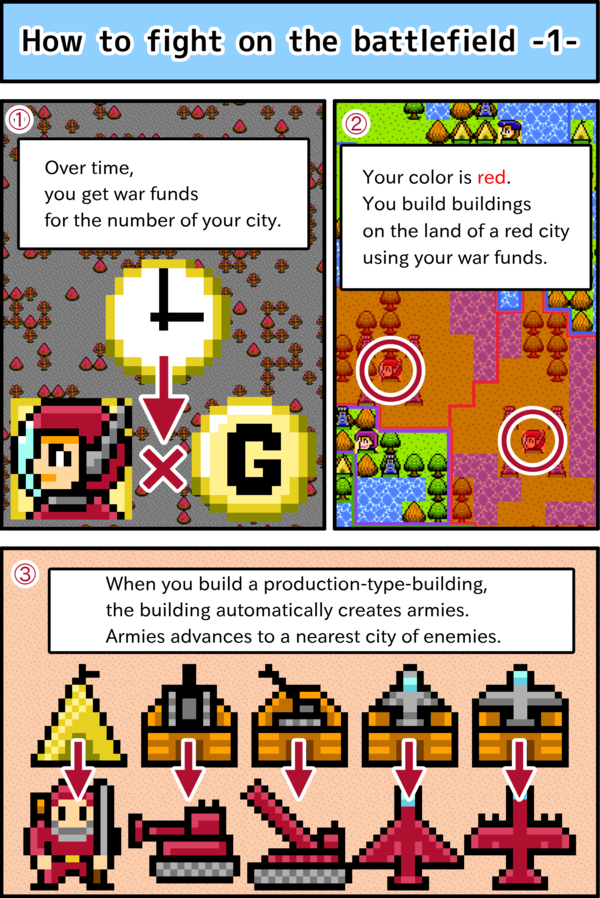 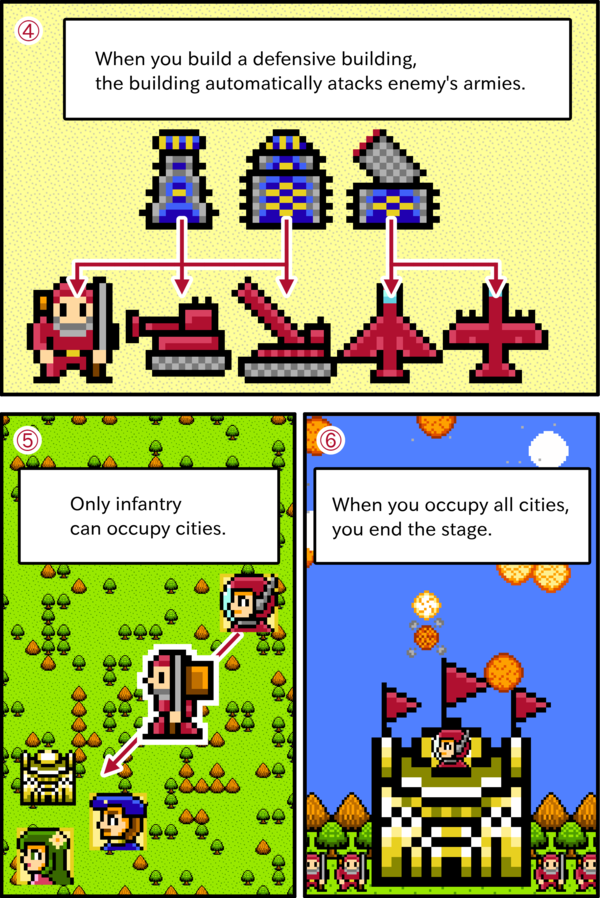 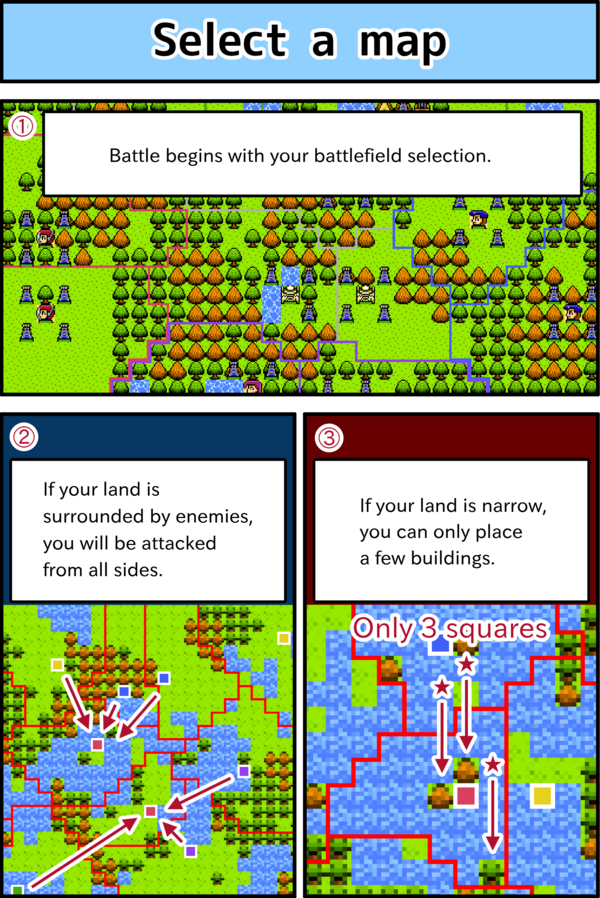 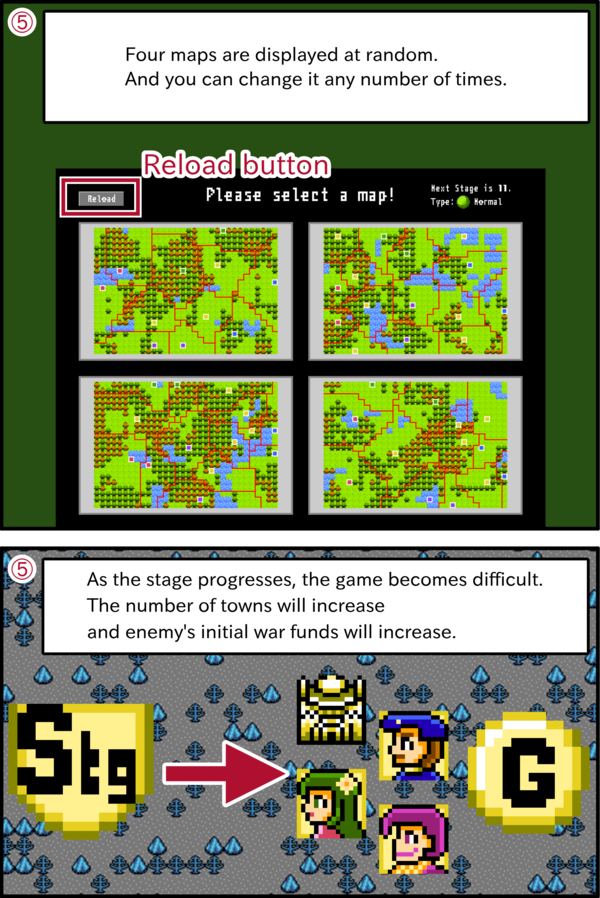 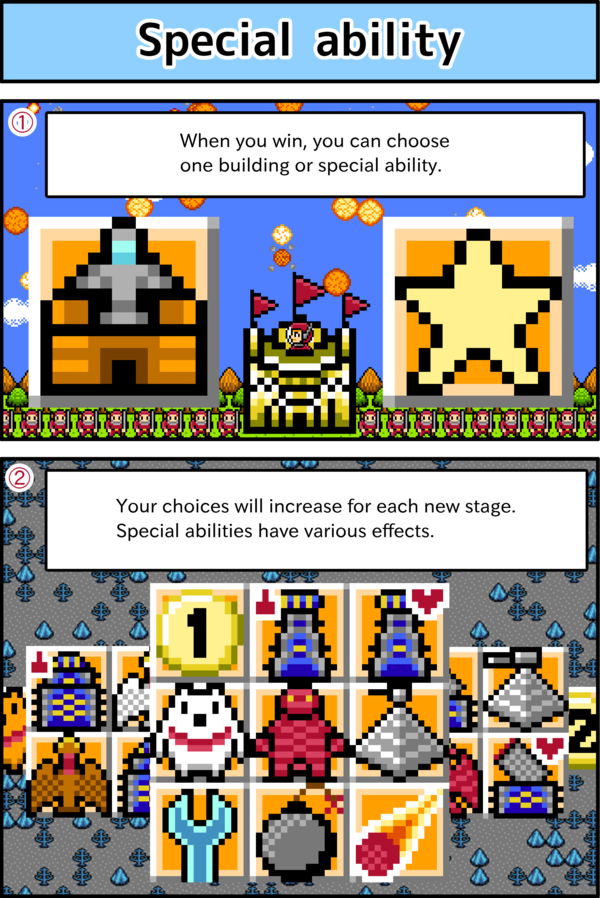 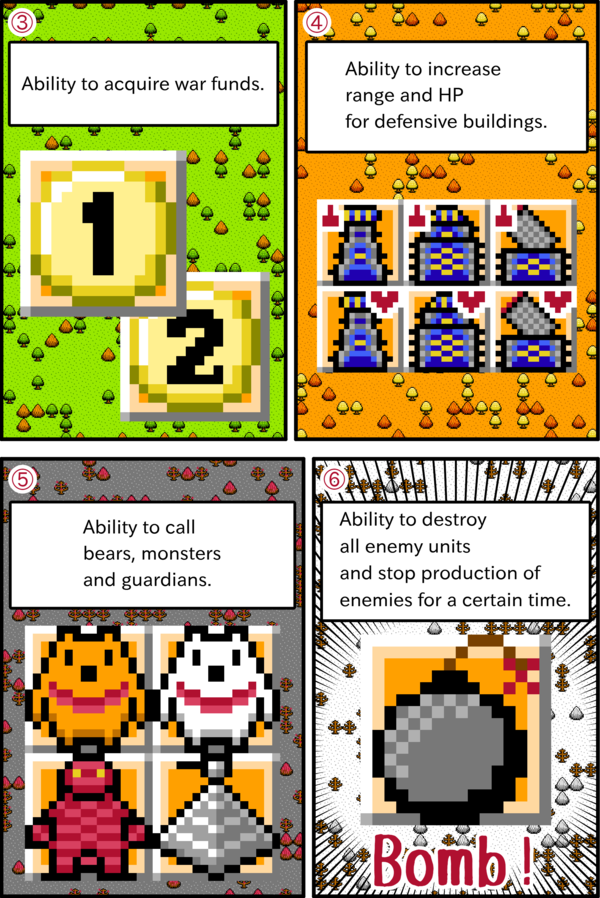 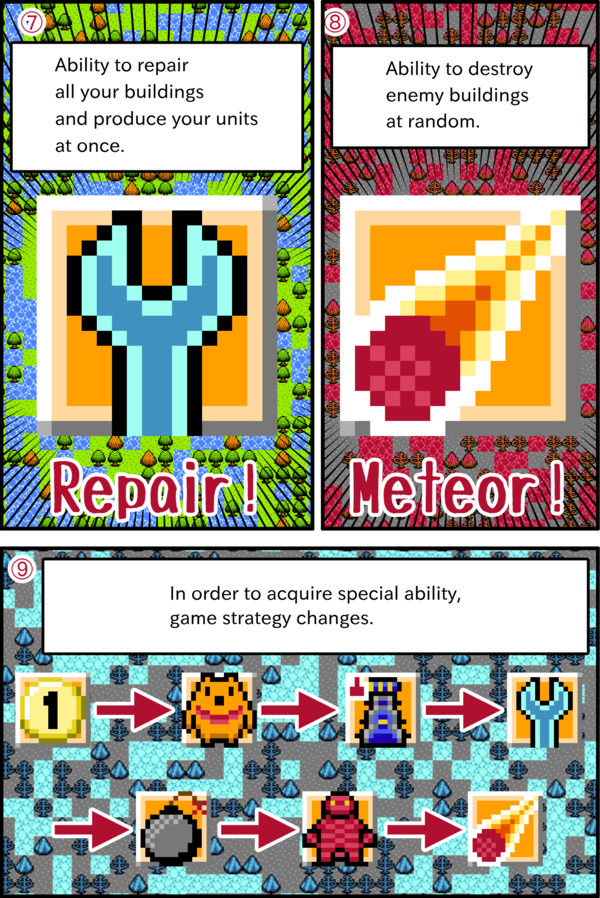 How to fight on the battlefield -2- 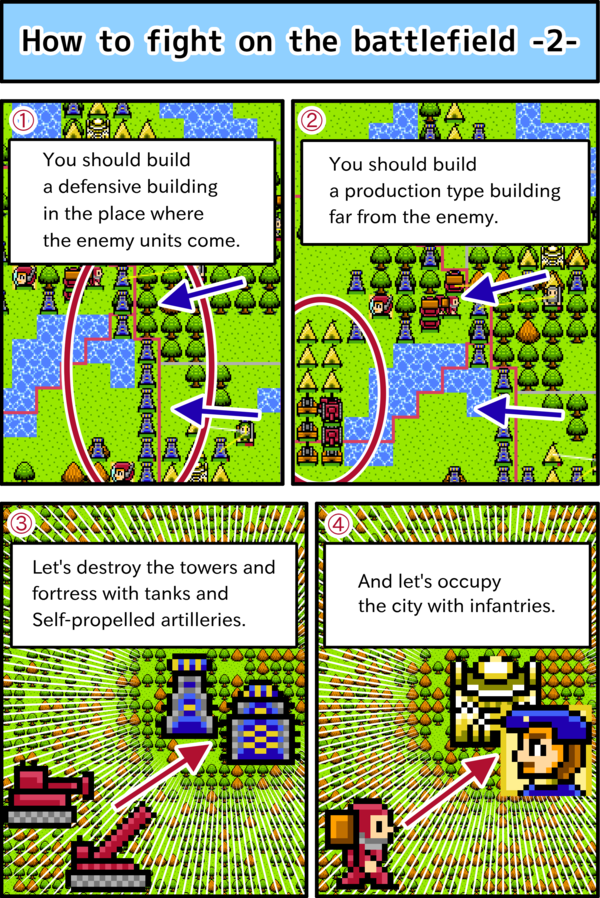 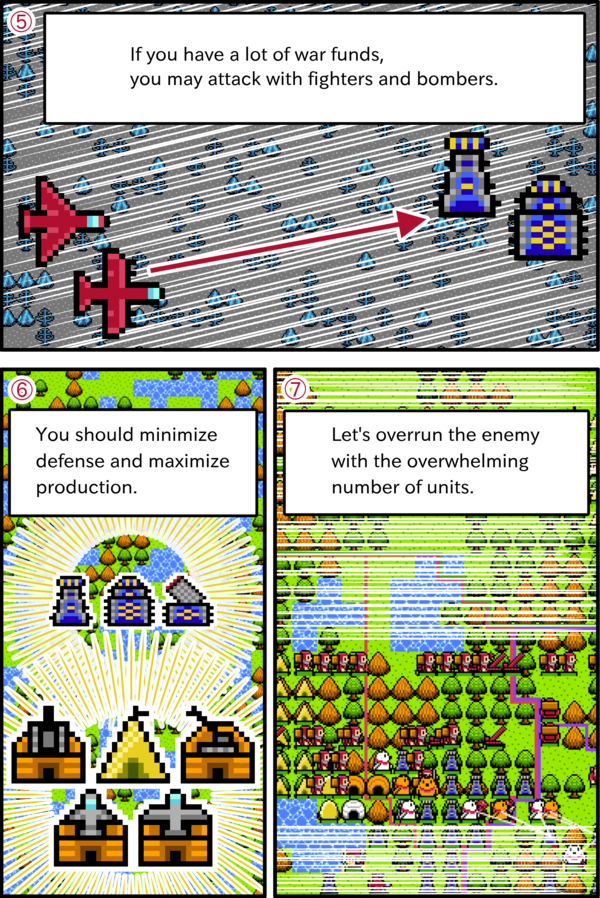 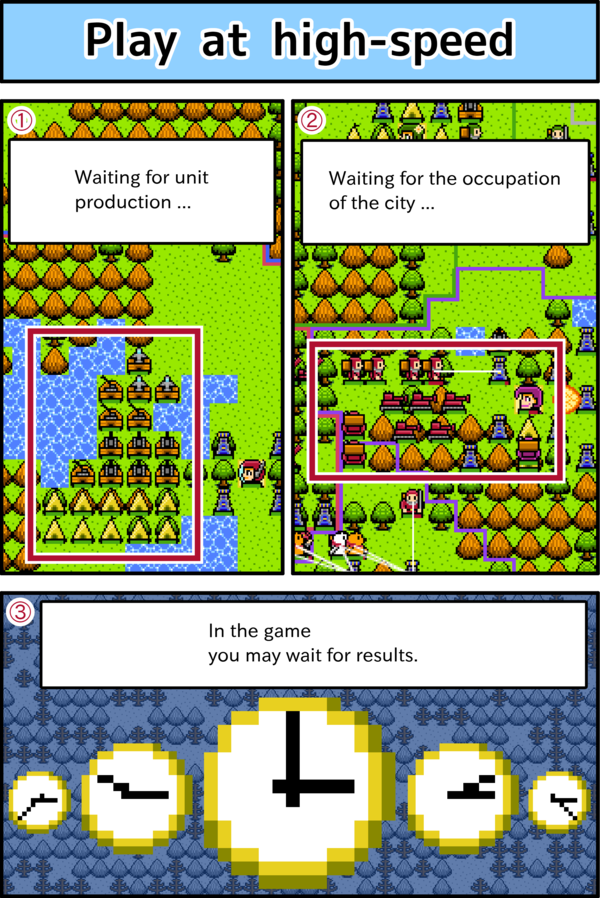 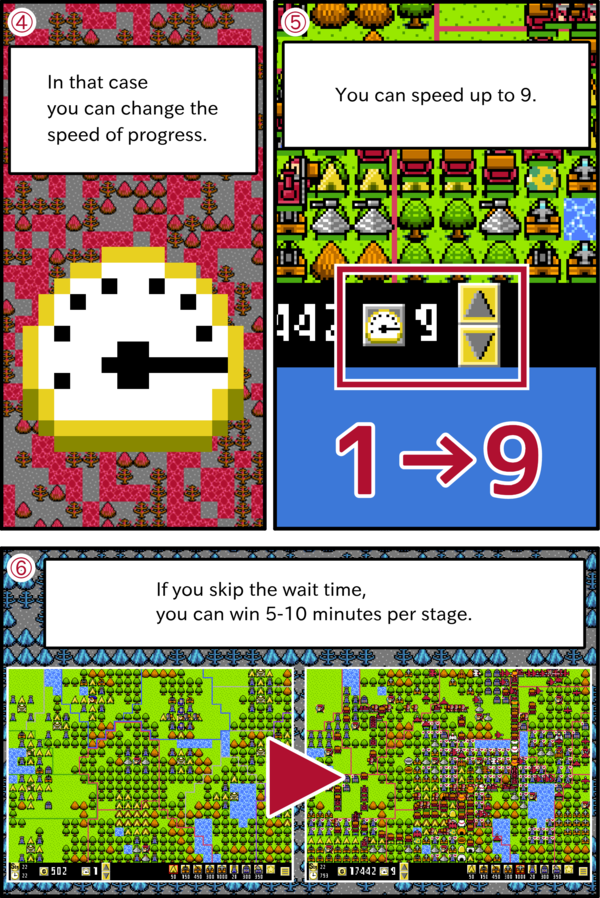