“Early Access will allow us to carry on developing the game while working with the community receiving feedback and suggestions. It will also give us the chance to work on Cannon Crew full time.”

“We'd estimate Cannon Crew will be in Early Access for around 6 months.”

“In the full version we plan to have online multiplayer co-op and many different game modes and story chapters.”

“The current Early Access version has one Story Mode chapter and local multiplayer up to 4 players.”

“The price of the game will remain the same after Early Access.”

“We will be working closely with the community, listening to all feedback and suggestions.”
Read more 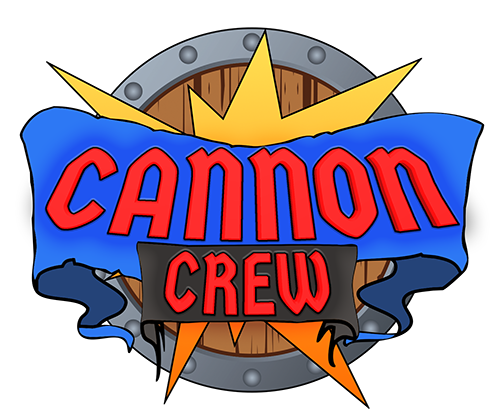 Play with a team of 1-4 and work together to stop the enemy breaching your castle walls. Feel free to get competitive within your team - the more gold you can snatch or jobs you complete will give you a higher score than the others - but don't get too distracted from the incoming horde!

The difficulty changes depending on number of players in-game. If you're playing with a team of 4 then enemy waves will arrive quicker and be harder to defeat - Singleplayer means enemies will move slower and take less hits.