S.U.B. (Secret Underwater Base) is a 2-player Local Cooperative Secret Agent Underwater Action Adventure game, fully made in an Arcade 8-bit visual- and audio style. Team up with a friend to infiltrate the Evil Doctor’s secret underwater base; the fate of the world is in your hands!

S.U.B. was created during the 2017 Global Game Jam by Spreadable Fruit, a Dutch Indie game studio of 6 members total. We continued to polish the game into a more fleshed-out demo and then used the input from this demo to create the game you see before you right now! 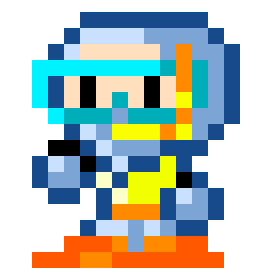 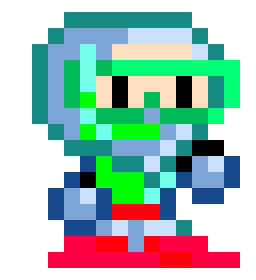 Thank you so very much for playing and upvoting our game; we look forward to hearing from you all!
Kind regards,
Team Spreadable Fruit