“development of Multiplayer mode and new features for the game.”

“New Towers, Effects, Skins, Creatures, waves on campaign and the Multiplayer mode will be added.”

“More than 30 waves of Tower Defense Campaign. The player receives items to be used in multiplayer mode. depending on whitch wave you reach, you will receive stronger items.”

“Yes, we plan to increase the price.”

“We will always be willing to listen to suggestions from the community.”
Read more
This game is not yet available on Steam

Isle Tower Defense is the most competitive Tower Defense online game on Steam - While you defend your Island from player's attacks using your strategy skills to build a maze with Walls and Towers, you also have to send Creatures to invade your opponent's Island. 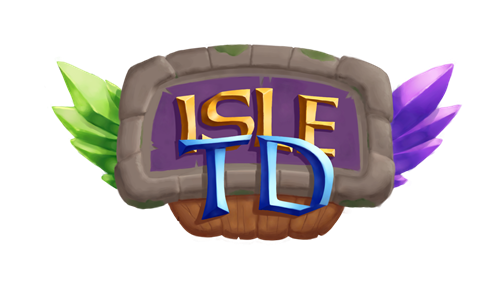 More than 20 options of Creatures.

More than 30 types of Tower Effects and Bullets.

Earn Orbs by defeating your opponents.

Use your Orbs to buy different Towers and Skins.

Folow Dr Ian Conrad's adventure on the Island through Facebook