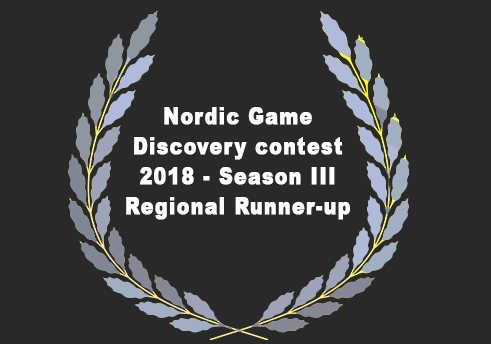 Katyusha is a 2D Platform/RPG with pixel art graphics, devoted to the popular character named in the original Russian song, written by Mikhail Isakovsky and composed by Matvei Blanter in 1938.

A character that has never been seen introduced before in a movie or video game, Katyusha was Russia's most popular song in World War II as it was encouraging soldiers between battles. The song describes a young girl named Katyusha, who exchanges letters with her boyfriend who is fighting in the front.

In 1941 Germany invades Russia. Katyusha lives near the borders. Her boyfriend advises her to leave and save her life. Katyusha leaves but her feelings won't let her abandon her boyfriend. She wants to find him. So she decides to leave on the east and join the Russian army. That would be her only hope of finding him back one day.

Katyusha is being developed around 4 pillars:

Immersion
- An immersive World War II story based on real-life battles
- Meeting real World War II personalities and fight on their side
- See your comrades either live or die in the battle, based on real events

Emotions
- Learn all the backstory of famous Soviet World War II personalities which will be your NPC companions
- Missing and trying to find your beloved boyfriend
- Usage of real-life letters from both Russian and German soldiers
- World War II atmosphere: Experience the victory and also the death in your eyes.

Summary
Katyusha is a fast-paced Platform/RPG which contains lots of emotional moments. Take control of Katyusha as she has to survive in Russia during World War II. The combat system includes melee combos and ranged weapons, among with stealth kills. Real World War II weapons will be used for this purpose.

A levelling system allows you to gain xp, level up and train Katyusha to learn new skills. Katyusha's skills include healing, movement skills and weapon skills. Checkpoints are symbolised by mailboxes as Katyusha sends letters to save her progress.

Both Katyusha and eagle can level up and unlock new skills to attack their enemies. Katyusha will also use vehicles (including the 3 famous Katyusha trucks which were used during the war) and meet famous iconic people from World War 2, which either lived or died during the war. They will train her to reach her ultimate goal. Survive the war and meet her beloved.

Many of Katyusha's skills will be revealed in the future.

Historical battles and personalities
Meet Soviet Union's heroes. From Lyudmila Pavlichenko to Vasily Zaitsev, legends that turned the side of the war will fight with your side as NPC companions, by both giving you quests and assisting you in battle. The NPC companions will be available in the battles that they actually took part, as either soldiers or training officers. They will also survive or die in the exact battles that they were killed. This will be your ultimate experience of learning their backstory through dialogues.

Real-life letters
When Katyusha's comrades are killed they drop letters. Katyusha will also find letters from German soldiers. All those letters are real-life experiences that soldiers wrote in paper and sent to their families during World War II. We also accept letters from any of you kept from your relatives. You send them via email and those will be posted, either with the original poster, or using alternate names. Photo of letters are required to prove the identification.

Soundtrack
Katyusha's soundtrack will be based on the most beloved World War II Soviet Union songs, re-created especially for the purpose of the game. The list will also include some surprises from other countries. We promise you a lot of goosebumps while listening to them, so be prepared!

Development
Loresoft is an indie development team which consists of 6 developers from various countries. We have plans of Kickstarter, release in consoles, as well as thinking about the possibility of making the game available via early access. All these points will be discussed in the future. Right now we work as an individual team without a publisher.

Katyusha is going to be released for PC (Windows/Linux) and Mac, as well as the most common platforms. Stay tuned for new updates, screenshots and videos.