VR COMIC SUPER HERO GAME"BE THE HERO" is a transitional super hero game which takes you from an interactive comic book to playing as a powerful ninja hero with intense action and fluid locomotion. Stop dreaming, it's time to Be the Hero!
All Reviews:
Mixed (17) - 52% of the 17 user reviews for this game are positive.
Release Date:
Developer:
EXPVR Inc.
Publisher:
EXPVR Inc.
Popular user-defined tags for this product:
Action Adventure RPG Sports Early Access VR Indie
+

“We highly encourage your feedback through the Early Access period.
Through this early access period, we will utilize the reviews, ideas and suggestions shared from the players in order to make the VR game experience as high quality as possible.”

“We are planning to have the following updates.
[Ancient Era ver.2.1]
- New enemy Enki -Type Archer
- Special Attack Update (both of the sword and the bow)

“The latest version, "Ancient Era ver.2.0" has the following contents.

[ACHIVES]
- VR COMIC MOVIES: Re-edited movies of VR Comic chapters
- Music: You can listen to the original music pieces of BE THE HERO”

“We would like to deeply consider feedback from the players.
It would be great if the players could share feedback, suggestions, and any idea on the Steam forums and SNS to make this game better with us.”

Buy BE THE HERO

- Motion-based Special Attack
A new method of using the special attack. It is totally motion-based and there is no need to press any button.
- Mini game mode: "Shoot the Target!"
(A time attack game in which you run to the goal while hitting the targets. You'll get a time penalty if you miss any targets.)
- Playable time: 2 hours
- Archives
- VR COMIC MOVIES: Re-edited movies of VR Comic chapters
- Music: You can listen to the original music pieces of BE THE HERO

Ever wanted to be as fast as the flash, as agile as spiderman, or as supreme as one punch man? Now's the time, time to Be the Hero!

Our mission was to create an experience that throws you into the extraordinary reality of a Hero, much like the heroes and heroines we grew up reading about in various manga, as Japanese.

Embody the powers of “KUROGANE” and blaze through the metropolis at hyperspeed with our fluid combat locomotion! Scale walls, leap across rooftops, and reign justice from any angle you please to sever the enemies power. Will you learn to harness the true power of a hero?


Long in the distant past, there was an era where humanity flourished not via the marvels of science but through the might of the supernatural. 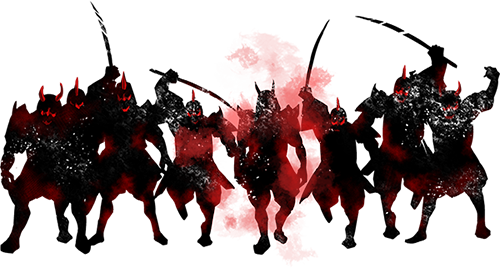 The island nation farthest to the east was ruled by a people called The Masked.
They possessed the magic to create masks which allowed the wearers to draw
out and manipulate their mental energy.
With miraculous power came greed, and feuds soon developed into wars. Many
warriors rose and fell. By the time The Masked had defeated their enemies, they
were left at the brink of extinction.
Kurogane, the sole survivor of the Masked's warriors, and the priestess Sakuya,
managed to corner the mastermind of the wars and their greatest enemy, Asura,
after much hardship---

[ACHIVES]
- VR COMIC MOVIES: Re-edited movies of VR Comic chapters
- Music: You can listen to the original music pieces of BE THE HERO

We are planning to have the following updates.

We aim to create an experience that gives you that nostalgia and wow factor from your childhood. The trouble is refining that experience; please help us by providing us with your valuable feedback, thanks.
We deeply consider feedback during this Early Access period (6-9 months).
We implore players to share their feedback, suggestions on the Steam forums and SNS to create the best user experience possible.