This content requires the base game If My Heart Had Wings on Steam in order to play.

This content requires the base game If My Heart Had Wings on Steam in order to play.

Download 《在这苍穹展翅》- 中文简体版 / If My Heart Had Wings - Simplified Chinese 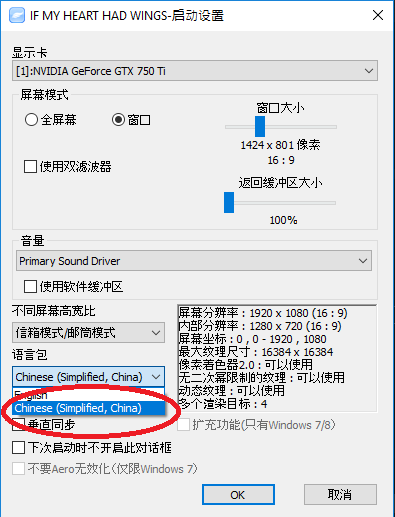 I installed the pack, but now my game won't boot?
The Simplified Chinese version of the game requires a new version of Visual C++ Redistributables to be installed to function correctly.

After a bicycle accident shatters his dreams of becoming a racer, Aoi Minase returns to his hometown, depressed and defeated. With seemingly no hope left for the future and no idea what to do with himself from here on, Aoi meets Kotori Habane―a young girl stuck in a wheelchair with a flat tire. It is on that windmill-dotted hill that Aoi's somber yet touching story of youth, friendship, and flight begins.

Upon witnessing a glider soar overhead, Aoi sets off on a journey to realize the dream everyone has as a child: the dream of flight.

Working together with Aoi’s childhood friend, Ageha Himegi, the main characters of this visual novel begin rebuilding the Soaring Club, which is on the brink of disbandment at the hands of an uncaring school board. These beginners take hold of their passion, overcoming failures, obstacles, and interference from the school to put everything they have into building their own working glider.

Their ultimate goal to fly through the legendary "Morning Glory"―a rare and stunning weather phenomenon producing a special type of roll-shaped cloud that appears in the morning when the conditions are just right.

Join Aoi on this journey as he learns about the sky, his new friends, and much more.