Awards
Awards
BEST DOCUMENTARY - New York Underground Film Festival
Notice: At the request of the publisher, BookWars is unlisted on the Steam store and will not appear in search.
View Community Hub

“In BookWars, a superb nonfiction film by first-time feature director Jason Rosette, books are more than sources of knowledge. They are merchandise that’s appraised, bought and sold. They’re also artifacts, sometimes clean and intact but more often damaged, whose condition at the point of sale says plenty about the conscientiousness of the seller. Most of all, they’re an addictive substance.”
New York Film Critics Circle

“A gritty, low-fi documentary about Manhattan's street booksellers which abounds in fascinating detail. The director and narrator, Jason Rosette, shows how bookselling is the kissing cousin of another urban art form: drug dealing. Both require a knowledge of profitable corner locations, an experienced eye for for potential addicts, and a steady supply of mood-altering substances.”
New Yorker

“Jason Rosette's terrific "BookWars," in which he reveals the world of his fellow used booksellers who line a stretch of pavement on Manhattan's West 4th Street in Greenwich Village and around the corner on the Avenue of the Americas. Free spirits who've dropped out of the rat race for various reasons, all are striking individuals, some decidedly eccentric. Just when the documentary hits its most idyllic notes, Mayor Giuliani's "quality of life" drive starts putting the squeeze on the street book vendors in the most heavy-handed and ominous fashion.”
LA Times 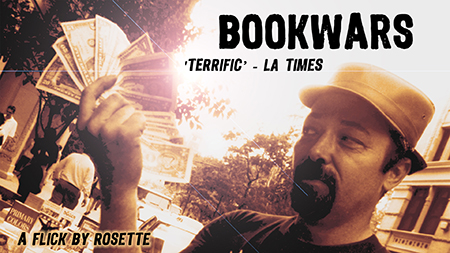 An indie classic from the streets of New York City, the Gotham Award-nominated 'BOOKWARS' is: the gritty world of New York City street booksellers told in a remarkable story that chronicles their lives and loves and their unique perspectives on life...

See the Mayor and the NYPD try to shut them down! 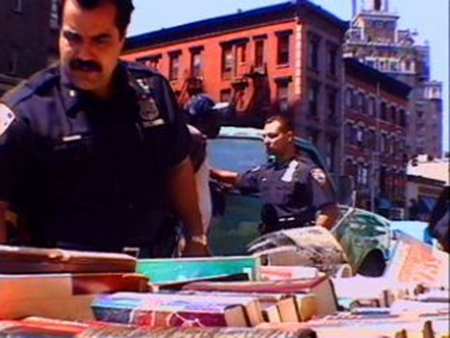 With soundtrack by jazz legends Jack McDuff and Willis Jackson, BOOKWARS is an homage to the Beat sensibility made famous by Jack Kerouac, Lawrence Ferlinghetti, William Burroughs, Gregory Corso, Robert Frank, and others from the Beat generation. 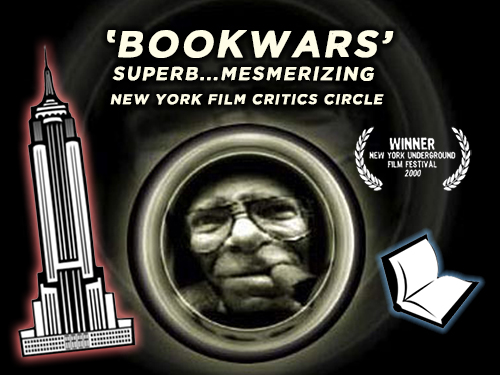