Sign In or Open in Steam
Languages:
Title: 'FREEDOM DEAL: Story of Lucky'

View update history Read related news View discussions Find Community Groups
Share Embed
Notice: At the request of the publisher, 'FREEDOM DEAL: Story of Lucky' is unlisted on the Steam store and will not appear in search.

“Really nice piece about the Cambodian Incursion during the Viet Nam war. This film is minimalistic in it's approach and focuses on the anxious Cambodia population as they try and avoid the war that has come to their backyard. It is nice seeing Cambodian made films on Amazon and Jack Ro includes some extra content that also very good. Support independent film makers and the Cambodian film industry by checking out this sweet little movie”
5 – Amazon Viewer

“"A strong, interesting story with good characters and excellent acting, and the supernatural element was bizarre but just right for the story"”
5 – Highway 61 Film Festival

“Having also shot a movie in SE Asia myself, I really appreciate what the filmmakers accomplished in a developing country on an indie budget. They did some interesting things to recreate the atmosphere of war-torn 1970s Cambodia, using costumes, period props, good casting, and post effects. The point of what they accomplished is in the journey of the characters, underlining the theme of how war always hurts the innocent and powerless civilians the most. I also quite enjoyed the 'making of' featurette after the movie, narrated by the filmmaker on how they achieved certain effects and atmosphere as well as a taste of what it's like working in Cambodia. Highly recommended for those interested in film fare outside the usual western lens of the world.”
5 – Amazon Viewer

NEW: The 'Freedom Deal' project is seeking developers and designers to assist in the gamification of the movie - kindly email camerado@camerado.com with inquiries!

'Freedom Deal: Story of Lucky' is part of a larger episodic and feature movie project - stay tuned here for news about these related projects in development, or contact Camerado at www.camerado.com with inquiries

During the 1970 US-Vietnam conflict, a combined US & Army of South Vietnam military operation enters Cambodia to locate and destroy North Vietnamese and Viet Cong sanctuaries. A Cambodian youth named 'Lucky' and an ornery but likable wedding musician make their way through the conflict – encountering landmines, surreal Cambodian ghosts known as ‘Arbs’, and marauding helicopters as they go. 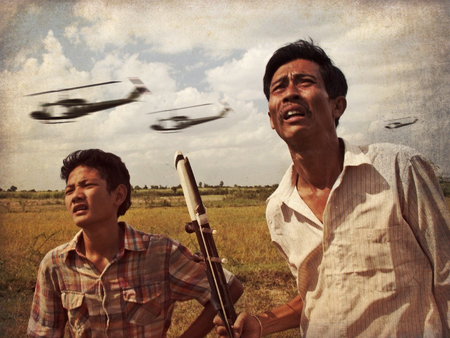 Shot on location in historical locations in Cambodia, ‘FREEDOM DEAL: The Story of Lucky’ is the first ever motion picture to dramatize this pivotal period in US-Vietnam War history. This stream contains 'Freedom Deal: Story of Lucky' movie and a making of director feature with commentary by filmmaker Jason 'Jack RO' Rosette (Total Running Time 57:00) 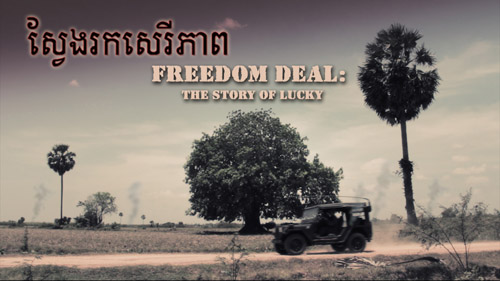 'Freedom Deal: Story of Lucky' is a supernatural historical film for cinema made in Cambodia, Southeast Asia by J “Jack RO” Rosette, the award winning director of other contemporary movies including ‘BOOKWARS‘ and ‘LOST IN NEW MEXICO‘.
init_data: 0.0138, render: 0.0139