Evolution of Ages: Settlements
Developer
TREON Games
Publisher
TREON Games
Evolutiuon of Ages is a game of managing resources in the ruins of our world. Recruit characters and level their skills and equipment from the stone age until the space age, while trying your best to avoid the very thing that led to our destruction previously.
All Reviews:
Very Positive (264) - 85% of the 264 user reviews for this game are positive.
Release Date:
Developer:
TREON Games
Publisher:
TREON Games
Tags
Popular user-defined tags for this product:
Strategy Indie Simulation RPG Crafting Management Base Building
+
Reviews
All Reviews:
Very Positive (85% of 264) All Time 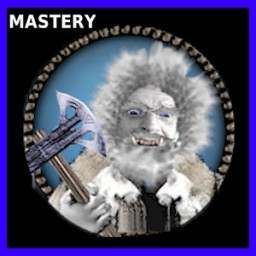 Civilisation as we know it has been destroyed. We are little more than a few scattered people living in caves and under bushes, banging rocks together to keep warm and eat berries.
Your challenge is to bring humanity together. Lift us up out of the stone age and forge ahead, all the while worrying about what destroyed mankind last time and if it will return to finish the job.
Evolution of Ages is a game of managing resources and crafting output over a limited space. You control the pace of the game, relax for many days of playing as you customize each character and train their skills in the items of the era, or rush ahead researching technology as fast as you can. The choice is yours.

Update 3: Enhanced Combat
As well as game improvements, this free update adds the following to the core game:

Update 2: Beastmastery
As well as game improvements, this free update adds the following to the core game:

Update 1: The Black Swamp
As well as game improvements, this free update adds the following to the core game:

Thanks to community support, the tutorial is now also available in Chinese, German, Japanese and Dutch