Inferno: Deathfield
Developer
Framing Inc.
Publisher
YJM GAMES
After a long time in exile, Lucifer, the King of the Underworld rages again to conquer the Hell. The demons emerge through the door of death and a chosen warrior is destined to seal it once for all and save the mankind from a total abolishment. Be the chosen warrior and save the world!
All Reviews:
6 user reviews - Need more user reviews to generate a score
Release Date:
Developer:
Framing Inc.
Publisher:
YJM GAMES
Tags
Popular user-defined tags for this product:
RPG Early Access Gore Action Adventure VR
+
Reviews
All Reviews:
6 user reviews () All Time

“Inferno: Deathfield is still in development process and we want to have feedback from as many people as possible in order to give the best experience to our players when the game is officially launched.
Having the community feedback will definitely help us improving the game and creating a better structured experiences for the game.”

“Roughly, the game will take 4 to 6 months in the Early Access. We believe that there are so many things that can be added to the game as we receive feedback from the community. One thing for sure is that we want to develop the game as soon as possible without limiting the possibility of contents that we can add to the game.”

“In the full version there will be more areas to explore, new stages, new missions, new enemies, etc.. But again, this depends on the feedback from the community.”

“In this version of Early Access, players will be able to access two types of play mode, story mode and infinity mode where you will be given 2 different types of weapons (crossbows and a sword) to defend yourself from enemies. There are skills that you can activate during the game which can help you clearing the stage.”

“We strongly believe that feedback of community will definitely help us a lot during the development and we will highly appreciate every one of you who gives us feedback or reporting any bugs that occurs in the game. This will help us improving the game in a faster way.”
Read more
Notice: Requires one of the following virtual reality headsets: HTC Vive or Valve Index. See the VR Support section for more info.
VR Only

Enter the world of Inferno! Win the war against demons and close the gates of Hell to save the world!

After a long time in exile, Lucifer, the King of the Underworld rages again to conquer the Hell. The demons emerge through the door of death and a chosen warrior is destined to seal it once for all and save the mankind from a total abolishment. Be the chosen warrior and save the world!

Inferno: Deathfield is a dark fantasy role-playing VR Game that takes you to a completely different dimension of the world. Airdemons, The Fallens, Necromancers, and Phlegyas, all being servants to the Lucifer, are ready to daunt you during the game. Use your mighty sword and crossbows to defeat them! Find the hidden routes through solving puzzles and develop your best strategy to clear the stages!

1. Time Slow - Slow down the time and attack the enemies.

2. Dodge Slow - Combine dash movement and Time Slow, allowing you to move around and dodge the enemies’ fire as you kill them.

3. Forge your weapon and quickly attack and defeat your enemies with a single stroke in Infinite Dungeon (Ranking Mode). 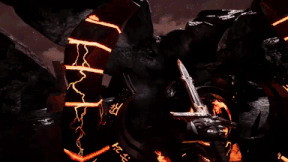 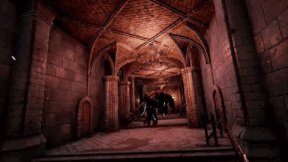 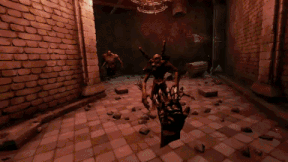 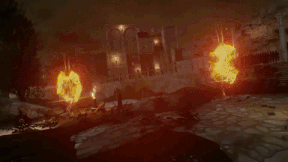