Piece of Memory
Developer
MATRE
Publisher
MATRE
One day, an autonomous drone was trying to reduce its altitude in order to make landing. Lost its owner, the drone had been flying for many decades with solar power. It was a remnant, an "AI autonomous semi-permanent flying drone".
All Reviews:
Mostly Negative (13) - 38% of the 13 user reviews for this game are positive.
Release Date:
Developer:
MATRE
Publisher:
MATRE
Tags
Popular user-defined tags for this product:
Action Adventure
+
Reviews
All Reviews:
Mostly Negative (38% of 13) All Time 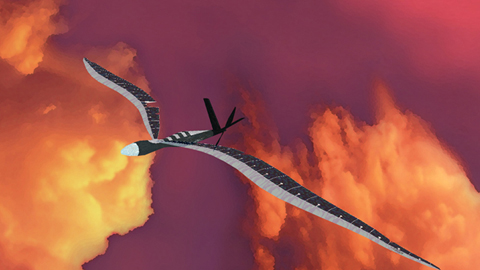 ---- Getting Started ---------------------------------------
Start the game and a drone reduce its altitude in order to make landing.
It fold its wings and transform into a heroine girl and a black cat.
Your role is this black cat "Nekokun" and is to solve mysteries with the girl.
First the girl is faint an unconscious so you have to wake her up no matter what.
Besides all that, you have to collect "Pieces of Memory". 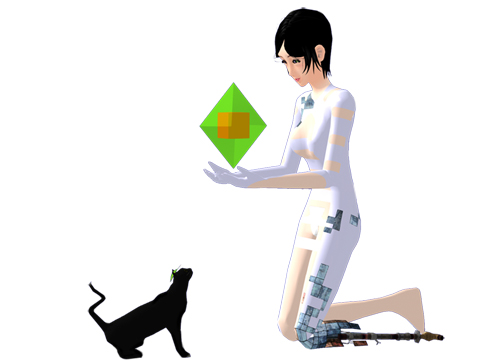 Use mouse and keyboards to control Nekokun.
You see cursor arrows on the screen so click the direction you'd like to go.

When clicking the direction, press key Ctrl simultaneously then Nekokun could run

When clicking the direction, press key Alt simultaneously then Nekokun could look around.

When you see [Action!] on the screen press key A to take some actions.
For example,
"climb stairs"
"jump over a ditch
"Pick up an item"
"Pick up a Piece of Memory"
Don't miss it! 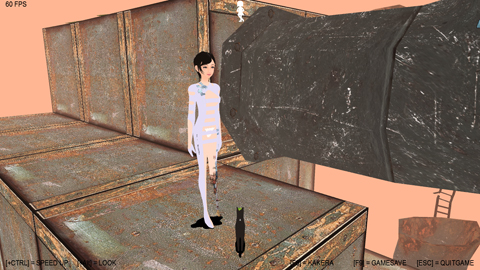 When you see [W-Action!] on the screen press key A to take some actions along with the girl.
[W-Action!] appears just like [Action!] when both Nekokun and the girl stand up. 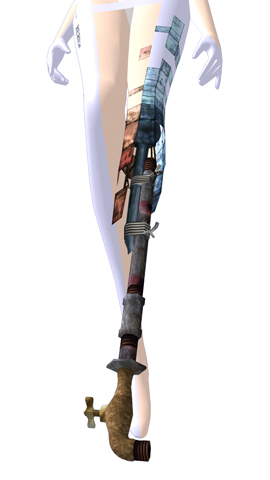 Press key Esc then you can quit the game.
Press key F5 then you can get a screenshots and save them in the folder "photo" in "KAKERA".

Press key F8 then "recollected pieces of memory" mode starts and you can view the "Pieces of Memory" you've collected.

Press key F9 to save the game at the point you've proceeded.
You can't save right after starting or during some other occasions.
You can save if you see "[F9] = GAMESAVE" in the bottom of the screen.

--Ladder movement--
-Cursor keys-
Up
down 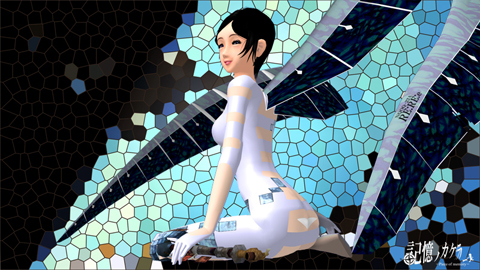